The Penn Museum is pleased to accept donations of ethnographic and archaeological materials and artworks that meet its acquisitions guidelines. The Museum gratefully acknowledges gifts to its Curatorial Sections and Archives in 2018–2019, which comprised six gifts to the sections and six gifts to the Archives.

The 28 donated objects come from Africa (Liberia, the Democratic Republic of Congo, and the Ivory Coast), Alaska, Central America, and the Philippines. The gifts to the Archives include a painting, expedition records, research notes and samples, and photographic material including prints and negatives.

Gifts to the Curatorial Sections 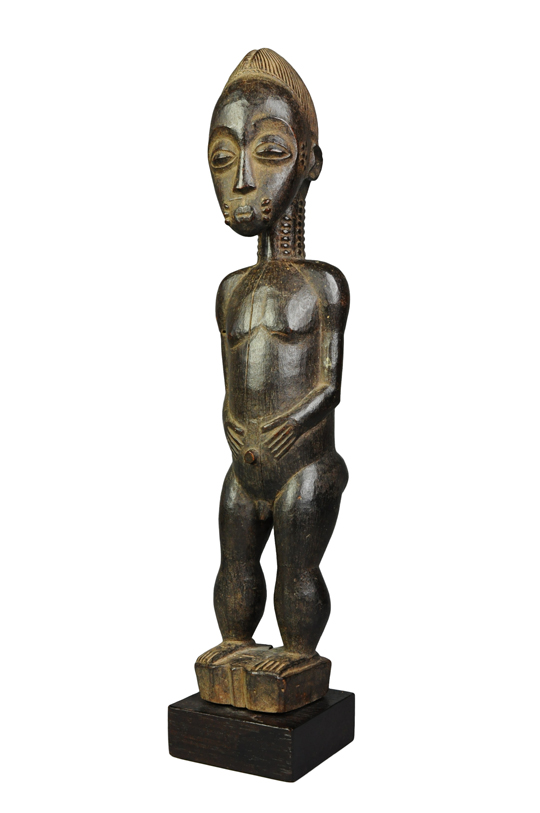 Five African artifacts, including one Dan mask and one Bassa mask, both from Liberia; one Pende Cup and one Binji Pipe, both from the Democratic Republic of Congo; as well as one Baule standing figure from the Ivory Coast. The pipe in particular is a style that is not currently represented in the Museum’s collections. These artifacts were purchased from private collections by the donors in the 1970s and 1980s. 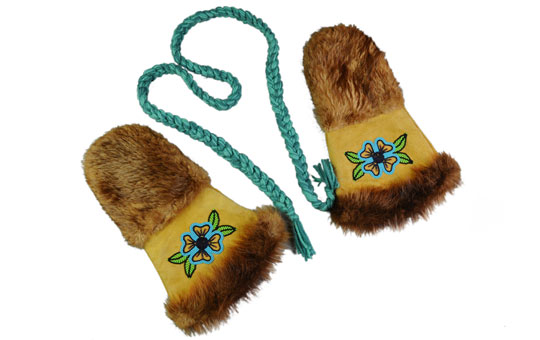 In memory of his sister, Eileen Devinney, C88

One wall hanging of a Yup’ik mask from Nunivak Island, Alaska, which was produced in the 1940s to 1950s, as well as a pair of Gauntlet mittens made by Annie Smith (Kwalin Dun) ca. 1993 in the Kwalin Dun Nation, along the Yukon river. Consisting of traditional materials, the mittens are made of moose hide, beaver trim, polar fleece lining, glass beads, and wool. 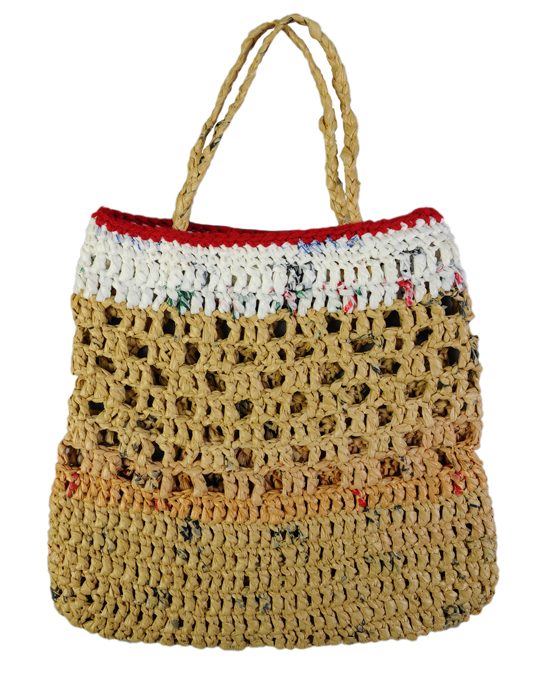 In memory of Eileen Devinney

One twined bag made by Gladys Evanoff (Denai’ina Athabaskan) in 2017 in Nondalton, Alaska. The artifact was commissioned through Karen Evanoff, the weaver’s daughter. Eileen Devinney was a graduate of the University of Pennsylvania and spent 25 years working for the National Park Service in Anchorage, where she assembled her collection. 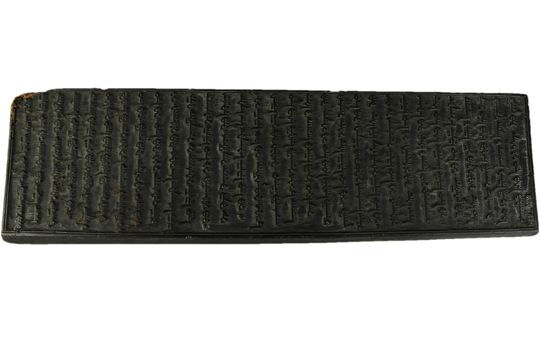 One wooden printing block for a Mongolian-language Buddhist text, which has been in the donor’s family since the late 1920s. The passage that appears on the block specifies Buddhist virtues of meekness, diligence, almsgiving, and truthfulness. 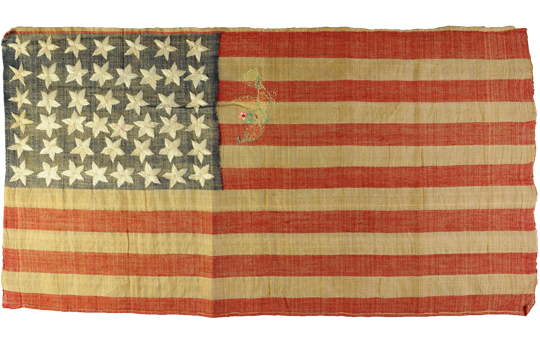 One American flag originally from the Civic Center Museum, which was transferred to the Design Center at Philadelphia University, and subsequently to Jefferson University. This textile joins a group of Philippine pineapple and banana fiber textiles which were transferred from Jefferson University to the Penn Museum in 2016. These textiles were shown at the Louisiana Purchase Exposition in 1905. 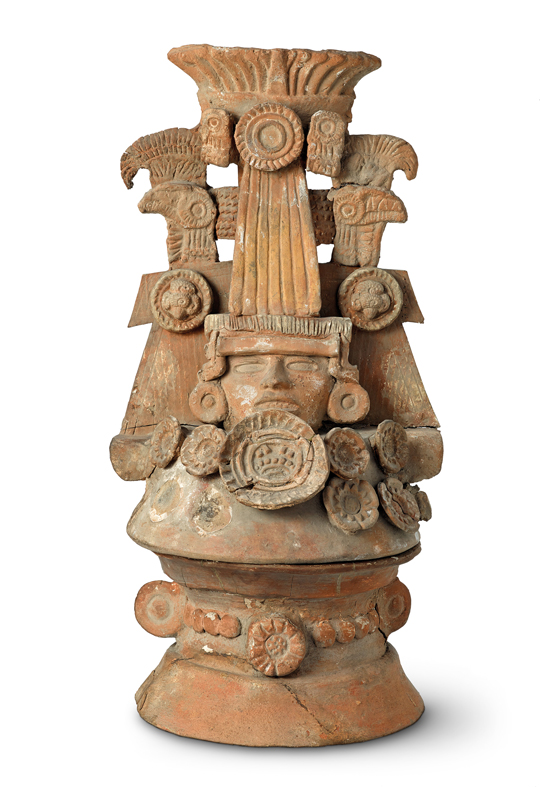 Gift of the Vaillant Family

In memory of George C. Vaillant

17 Central American artifacts collected by former Penn Museum Director George C. Vaillant, Ph.D., and previously on loan to the Museum since 1942. This collection contains several important pieces, two of which are currently on display in the Penn Museum’s newly reinstalled Mexico and Central America Galleries. 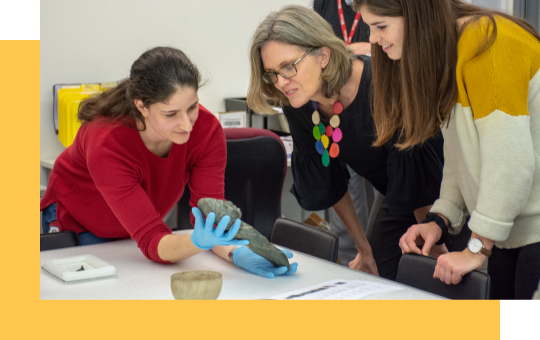 Gifts to the Archives 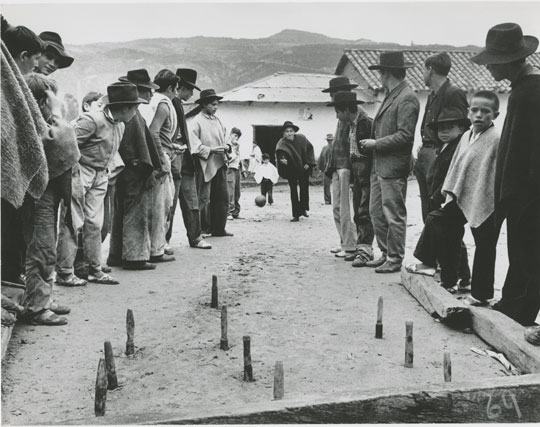 A collection of 23 photographic prints, which are of a documentary nature, with archaeological and anthropological themes throughout. The collection complements the documentary photography holdings already in the Museum Archives, but also enhances them by adding the work of post-1920s professional photographers. This gift extends the Oppenheimers’ donations to the Archives in 2016 and 2017. 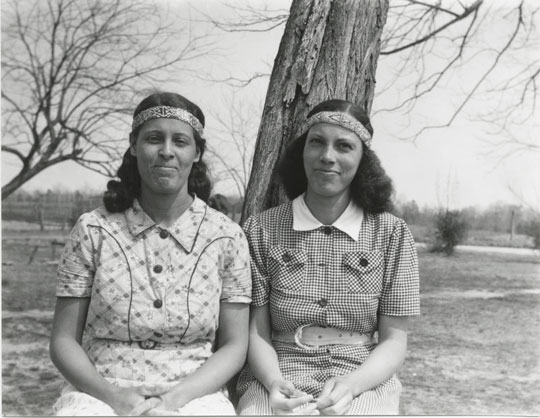 Over 200 photos and negatives taken or collected by Frank G. Speck, C41, former Chair of the Department of Anthropology at the University of Pennsylvania, during the course of his research. The Museum Archives already houses a small collection of Speck papers, three motion picture films, and several hundred photographs. The new images add to and complement this collection. 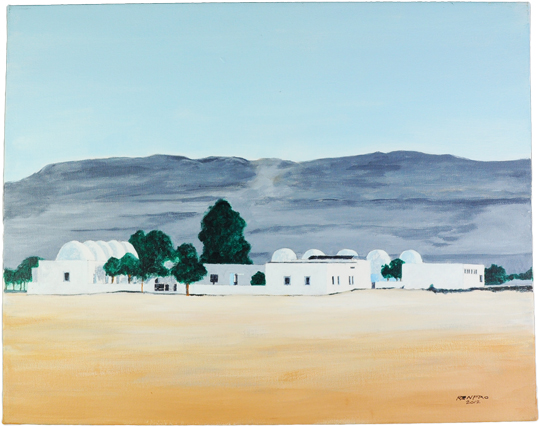 One painting of the Abydos expedition house painted by Robert Renfro in 2012, and presented to the Museum by David O’Connor, through Christopher Gray. O’Connor is an emeritus Professor of Egyptology at the University of Pennsylvania and was the Co-Director for the Abydos Expedition for many years. Gray was a Senior Project Specialist for the Abydos Expedition, which is one of the Museum’s longest-running field projects. 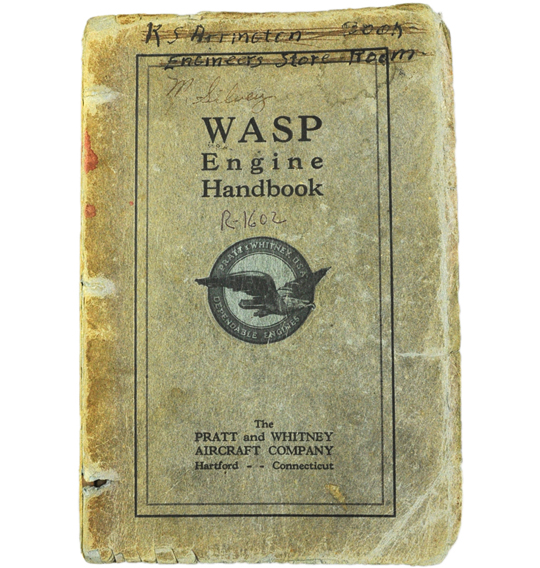 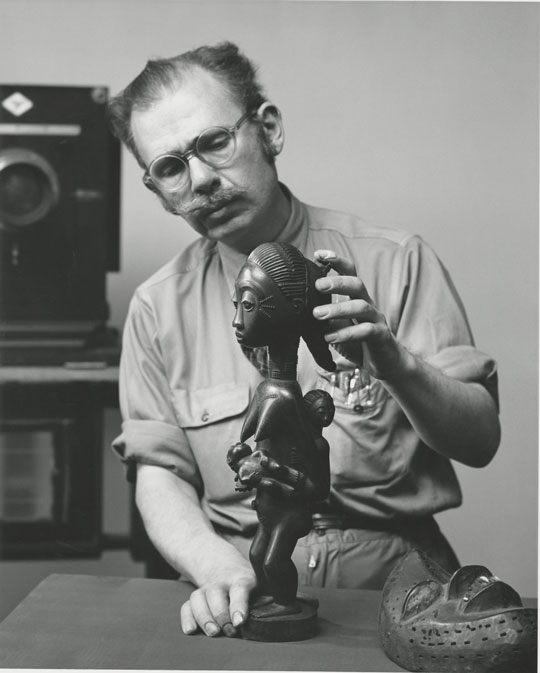 In memory of her husband, Dean Wolfe

44 photographs and cards by Reuben Goldberg. The Museum Archives houses almost the entire work of Goldberg’s career. He was a master of three-dimensional object photography, highly esteemed in his lifetime, and his work appeared in many publications.

Gift of the University of Utah Department of Anthropology

Seven binders of Carolyn Miles Osbourne’s notes. In the 1960s, Osbourne studied extensively the objects in the Penn Museum’s Hazzard/Hearst Collection. The notes, collected in binders, also contain actual samples taken at the time from the Museum’s artifacts.