Shells & Nails on the Wampum Trail 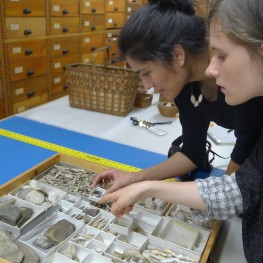 In May, my research assistants Stephanie Mach and Lise Puyo joined me for field research in the northeastern US and Canada, visiting nine museums, four tribal communities, and several private collectors to examine colonial-era wampum (woven shell bead) belts and collars. (For more details, see our blog, On the Wampum Trail.) Our travels on the wampum trail […] 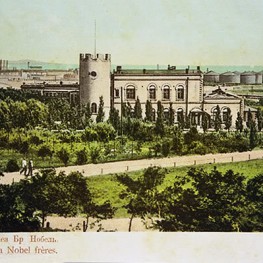 Salam from Azerbaijan and Hoşgəldiniz to Beyond the Gallery Walls! After a week of preparations and setup, the 2014 season of the Naxçıvan Archaeological Project (hereafter, NAP) is now in full swing. As with any archaeological field project, there are many things that must be taken care of before a research season can begin in […]

When what you see is not what you get 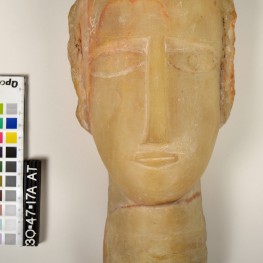 The museum is getting ready to install an exhibition on this year’s Penn Humanities Forum theme: Color. This alabaster head from South Arabia (30-47-17A) was selected for the exhibition to help illustrate how representations of human heads were achieved in stone in a variety of cultures and throughout time. When it first came to the […] 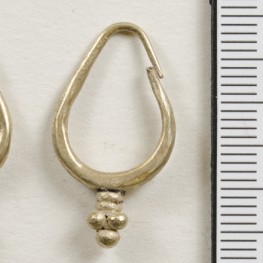 When Penn archaeologists opened Tomb 6A in Lapithos, Cyprus in 1931, they discovered gold ornaments almost immediately. According to Virginia Grace, who wrote about the tomb and its contents in the American Journal of Archaeology nine years later (vol. 44 no.1), the gold objects first drew the excavators’ attention because “one of them caught the […]

The Emergence of Ringo and Sobek 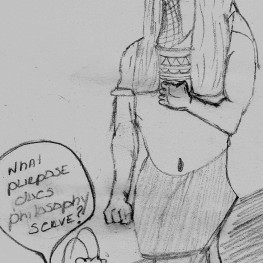 The work in the Penn Museum Archives never ends. The backlog resists attempts at taming it. The archives is happy to have a number of interns and volunteers who are willing to help organize, catalog, and preserve the documents, drawings, and photographs in the collections. Alyssa Velazquez is one such intern, who is presently reorganizing […] 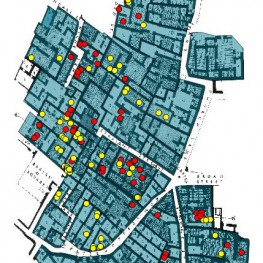 Combining Maps and More at Ur Spotlight on Domestic Burials in Area AH Observing patterns in spatial data at Ur with Geographic Information Systems I’m always happy when I can demonstrate the value of our project. We’re working with old data on even older objects, spending a lot of time and money organizing and reconnecting […] 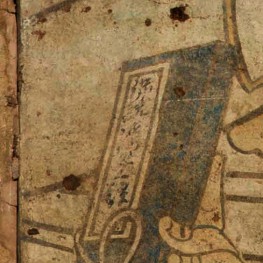 As I mentioned in an earlier post, the mural depicting Tejaprabha Buddha originally came into the museum and was published with the central figure identified as Sakyamuni Buddha.  However a few years later someone noticed that one of the figures on the left was holding a small book with an inscription on it.  It was […] 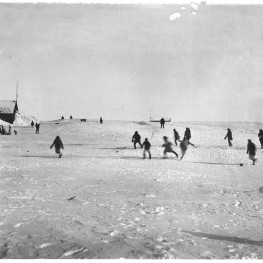 The 2014 FIFA World Cup has begun in Brazil this afternoon.  Since it is being played in a tropical country this year, the Penn Museum Archives thought it fitting to show what is most likely the earliest photograph of a soccer game played north of the Arctic Circle. Taken at Point Barrow, Alaska, the northernmost […]

I Spy with My Little Eye… 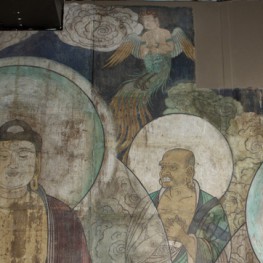 One of the most amazing aspects of Buddhist murals condition survey is that it does not get boring. We are constantly discovering more details and quirks. While a regular, sharp-eyed museum visitor can see many of these details, some are impossible to truly appreciate without being fifteen feet tall and two feet from the mural. […]

Looking for a good book this summer? 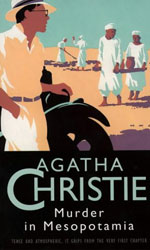 “There is a temperate zone in the mind, between luxurious indolence and exacting work; and it is to this region, just between laziness and labor, that summer reading belongs.” -Eyes and Ears, 1862 Henry Ward Beecher Now that the summer vacation season is upon us, it is time to draw up a summer reading list […]