Out of Context – The Roman Peasant Project 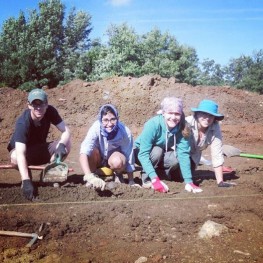 I wasn’t sure what to expect when I applied to be a part of the Roman Peasant Project this summer. The project, directed by Penn professors Kim Bowes and Cam Grey, seeks to investigate and understand the lifestyles of Roman peasants in rural Tuscany. (http://www.sas.upenn.edu/romanpeasants/) Although I have no experience in archeology, at the initial […]

Archaeology at the border: survey and excavation in Xinjiang 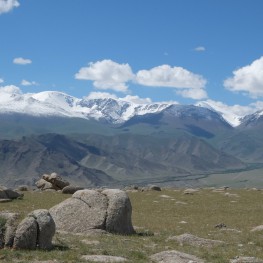 As far as archaeological fieldwork goes, there are certainly far less accommodating places than where I have fortunately found myself for three consecutive field seasons. My summer fieldwork in Bortala Mongol Autonomous Prefecture, a picturesque area of the Xinjiang Uyghur Autonomous Region less than 30 km from China’s border with Kazakhstan, has offered just the […] 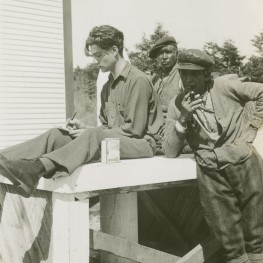 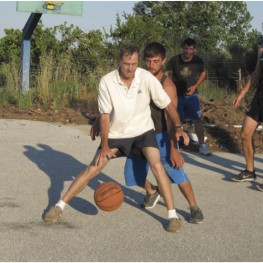 The Molyvoti, Thrace Archaeological Project is a combined excavation/survey conducted jointly between Princeton University and the 19th  Ephorate of Prehistoric and Classical Antiquities of Komotini, Greece. It includes a fieldschool for undergraduates from Princeton as well as the University of Pennsylvania and Demokrates University, and a merry band of Penn archaeologists, including three graduate students […]

How Much Does Matter Matter? A Glass Wampum Belt at the Archives of Nicolet Seminary 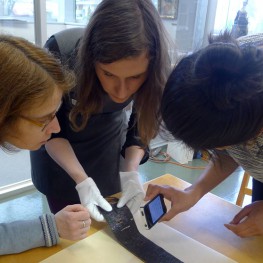 This spring, I joined Dr. Margaret Bruchac and Stephanie Mach for field research in the northeastern US and Canada, to get a closer look at wampum belts and collars (shell bead objects woven by Native Americans, First Nations peoples, and colonial diplomats). A personal highlight of this trip was the opportunity to serve as an […] 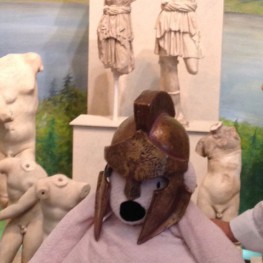 Some parents might find it difficult to let go of their children’s possessions–toys, trophies, mix tapes–when the kids move out and begin lives on their own. However, Carl Weiss, a member of the Museum’s Director’s Council, and his wife Andy decided to have some fun with an object left behind by their daughter, Alissa, C06. […] 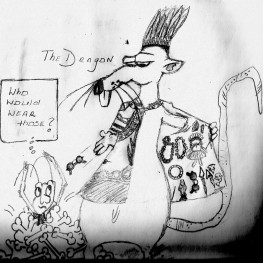 The work in the Penn Museum Archives never ends. The backlog resists attempts at taming it. The archives is happy to have a number of interns and volunteers who are willing to help organize, catalog, and preserve the documents, drawings, and photographs in the collections. Alyssa Velazquez is one such intern, who is presently reorganizing […]

Survey Methodology in the Şərur Plain 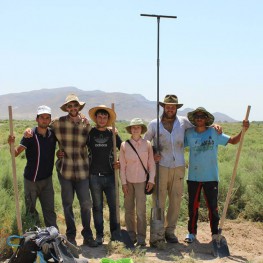 Hello again from Azerbaijan, and günortanız xeyr (good day)! Our work on the Naxçıvan Archaeological Project Survey (Director: Dr. Emily Hammer, Oriental Institute) is proceeding smoothly here, but only two weeks remain on the survey before we wrap it up for the season. With so little time remaining, we are moving ahead full-steam to get […]

This Friday, July 11 the Penn Museum is participating in a Day of Archaeology 2014, which is a communal project that invites people from all over the world who work, study, or volunteer in the archaeological field to share their day. The goal of the project is show the world “why archaeology is vital to […] 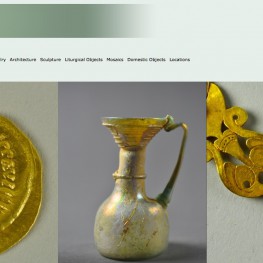 This spring, I had the opportunity to sit in on a graduate seminar focusing on the ancient site of Beth Shean in northern Israel (Beth Shean After Antiquity, taught by Dr. Robert Ousterhout). When I first registered, I expected the class to be similar to other archaeology courses I had taken – mostly lectures, discussions, […]