Dispatches from Iraqi Kurdistan: Survey Far Beyond the Hilly Flanks 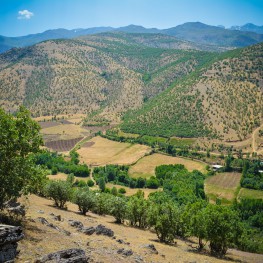 Survey in the newly opened archaeological frontier of Iraqi Kurdistan comes with many challenges. Other reports from University of Pennsylvania graduate students on the project about various aspects of our work have been put up on the Beyond the Museum Walls blog but my own work deals specifically with the survey in our area. This […]

LiDAR Scans and Sacred Lakes: A Report from the 2014 Summer Season at Abydos- Part 2 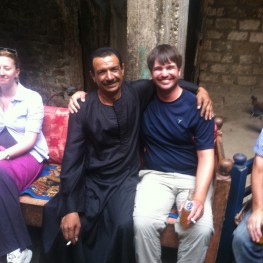 In my previous post, I talked about the technological methods utilized in Abydos this season. Another major part of my season at Abydos was to do a preliminary investigation of the sacred lake associated with the Osiris temple. The remnants of this sacred lake, known now as the Malih or the Salty, survived into the […] 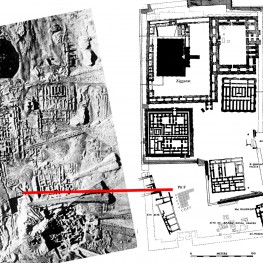 Deep Pits and Early Burials Spotlight on 31-17-404: Ubaid Period Skeleton from Ur More about the rediscovered skeleton from grave PFG/Z On August 5, 2014, the Penn Museum released a press announcement about a 6,500-year-old skeleton in its collection that had been reconnected to a key piece of its history by the Ur Digitization Project. […]

Archaeology at the border: Survey and excavation in Xinjiang (continued) 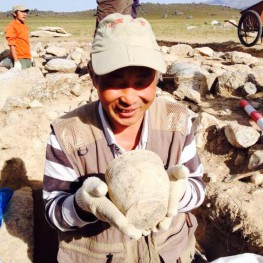 As we approach the end of the field season, with 2 weeks remaining, the cold weather  also begins to settle in. Since I last wrote, the grass has yellowed, leaving flocks of sheep and cow to scavenge from what is left from a summer much drier than prior years. The rainmakers had to be called […] 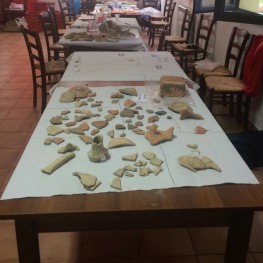 This summer, I had the pleasure of being accepted to be a part of the sixth and final season of the Roman Peasant Project. I excavated alongside a team of professional archaeologists, professors, and graduate, PhD, and undergraduate students in rural Tuscany in Cinigiano, a municipality in the Province of Grosseto. The site we excavated was called Tombarelle. The Roman Peasant Project, directed by Kim […] 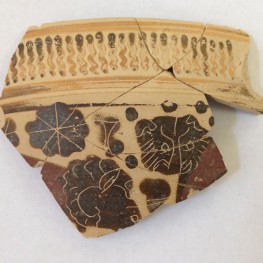 I am writing from the site of Ancient Corinth, where excavations under the auspices of the American School of Classical Studies at Athens have been going on since the late 19th century.  The Corinth Excavations have been a training ground for generations of archaeologists, including me, and I thank the director, Guy Sanders, and assistant […]

Baths in the Dirt: Season 2 at Cosa 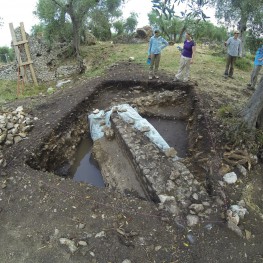 “Depart, work and troubles! Now I sing of the baths that sparkle with shining stones…” -Statius, Silvae 1.5 Roman baths were famous for their opulence and ubiquity, and are spoken of admiringly by a number of ancient authors. To excavate a Roman bath, however, is a different matter. The baths do not sparkle, nor do […] 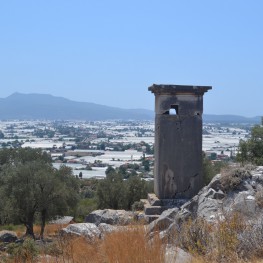 Many people think that archaeology is mainly about doing: breaking the ground with a pickaxe, shoveling and sifting dirt, using a trowel to uncover artifacts. These activities are all part of the archaeological process. But a large part of archaeology is about looking rather than doing. I am a fifth year PhD student in Penn’s […] 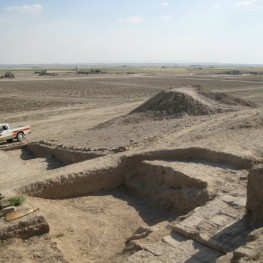 Covered with dirt from the excavation, I strive to make myself look presentable as a dust cloud in the distance signals the impending arrival of the director of antiquities and his entourage traveling in a caravan of white pickup trucks. As I bend down to retie my shoe, my eye is drawn to a rather […]

On the Wampum Trail: Balancing Traditional and Museological Care of Wampum 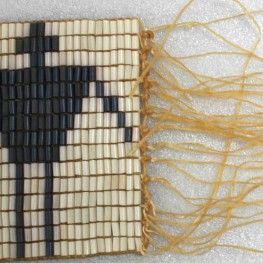 My name is Stephanie Mach and I am the Student Engagement Coordinator at the Penn Museum. I work closely with Penn Museum’s collections, University classes, and student researchers. My position acts as a bridge between the Museum and the Penn community, therefore, I am often asked about issues of cultural heritage, repatriation, museum best practices, […]