January 11 marks the birthday of Alexander Stirling Calder, a man who left his indelible mark on the city of Philadelphia—and here at the Penn Museum, as well. To mark the occasion, Erin Gregory, a graduate student at the University of the Arts who interned in the Museum’s Marketing & Communications office last semester, wrote this blog post about Calder and his contributions to the Penn Museum.

Refusing to remain hidden in the shadows of his father’s success, Alexander Stirling Calder established his reputation as a skilled sculptor. In 1870, Calder was born in Philadelphia, to a renowned artist, Alexander Milne Calder, who is probably best known for his statue of William Penn that stands atop Philadelphia’s City Hall. His father’s success did not detract from the number of commissions that the younger Calder received. In Philadelphia, the Swann Fountain at Logan Circle is Calder’s most recognizable piece; however, his art reaches as far as Reykjavik, Iceland, the location of his Leif Eriksson Memorial statue. 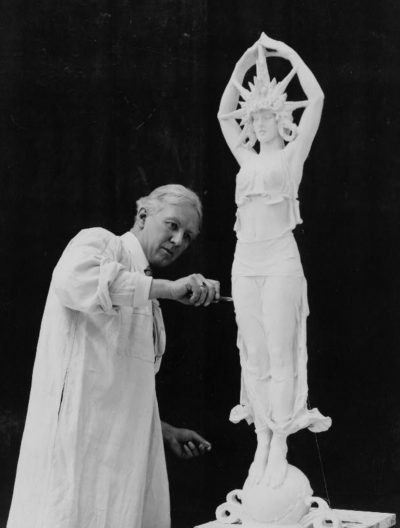 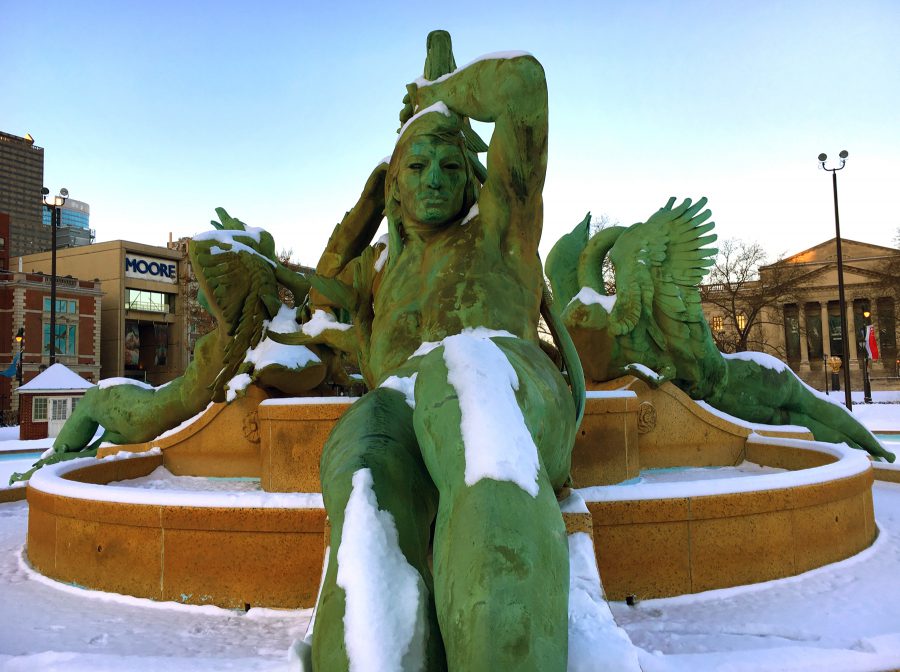 Most of Calder’s works were made in his hometown of Philadelphia. In the late 1920s, he was commissioned by the Penn Museum (known then as The University Museum) for their architecture program along with Wilson Eyre, Frank Miles Day, and Cope & Stewardson. His contributions to the building include a variety of sculptures, including fountains, anthropomorphic urns, and the life-size statues atop the gateposts of the Museum’s Stoner Courtyard. 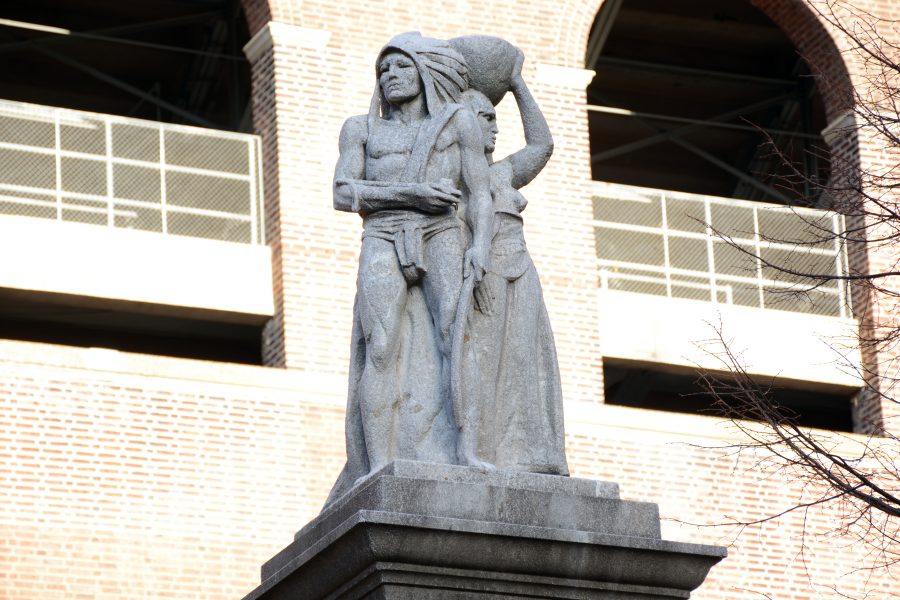 One of Calder’s life-size sculpture pairs atop the gate to the Museum’s Stoner Courtyard, depicting a North and a South Native American. Photo by Tom Stanley.

The four gatepost statue pairs represent four different culture areas—Asia, Africa, Europe, and America. Each culture is represented with two figures. The American pair represent North and South Native America; the Asian pair represent India and China; the European pair represent ancient and modern Europe; and the African pair symbolize the Islamic North and Sub-Saharan South. Each set is meant to show the complexity and depth of each culture. After the figures were installed, Horace H. F. Jayne, the Museum’s Director, wrote to Calder asking if the statues should be facing the street rather than the Museum. At the time, Calder explained the figures should reflect the Museum’s reclusive and pensive atmosphere and, therefore, the figures were turned towards the courtyard instead. 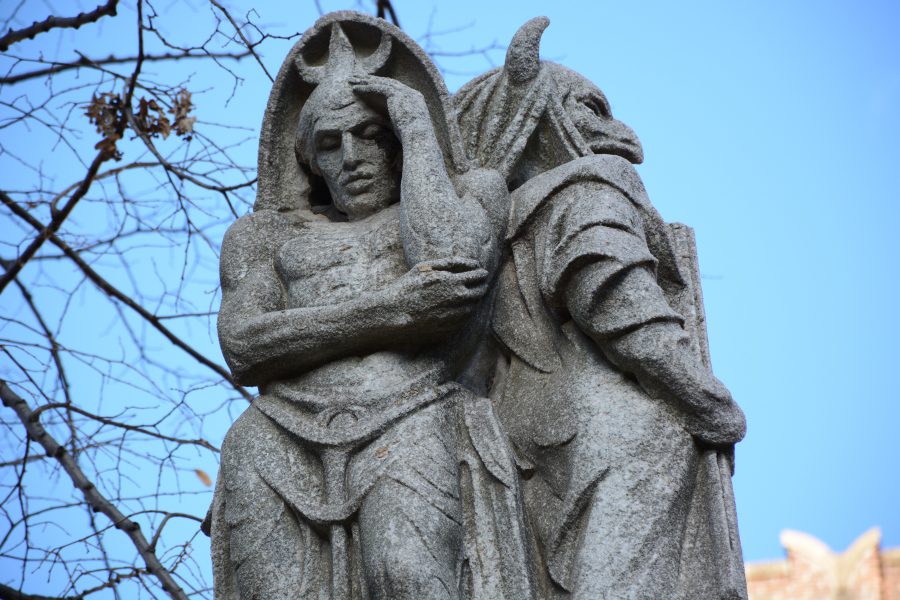 India and China, as represented in another of Calder’s sculpture pairs surrounding the Stoner Courtyard. Photo by Tom Stanley.

Though Calder passed away in 1945, his eye for detail lives on here at the Penn Museum.