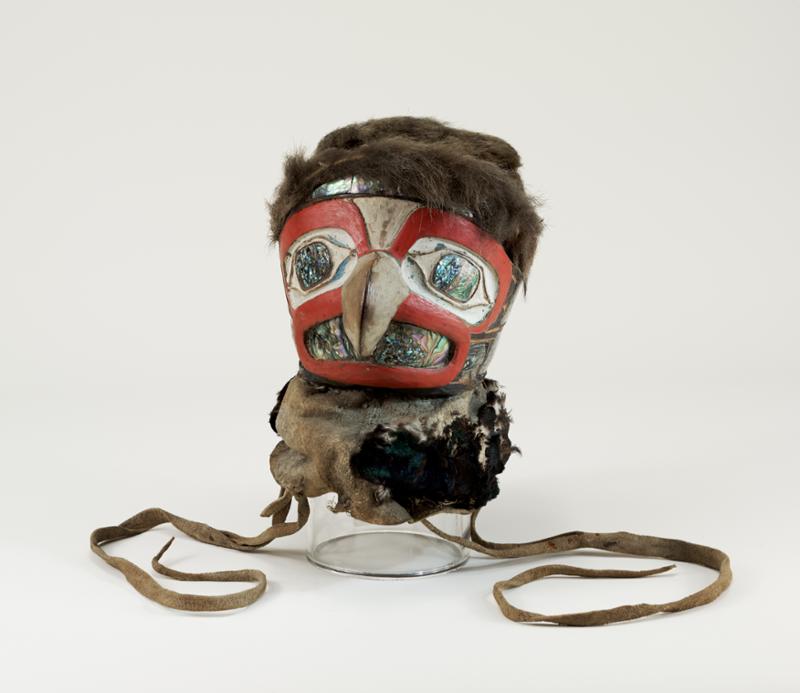 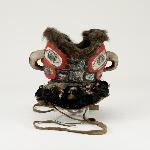 Headdress or frontlet entitled "Hawk Dish." The carved wood depicts a hawk's face, which is duplicated on the opposite side. Red paint is used around the eyes and lips and white paint is used for the whites of the eyes and along the forehead. Traces of a greenish paint are present around the eyes, as well. Black paint is used in the space between the two faces. Abalone shell inlay is used for the eyes, around the perimeter of the faces, inside the mouths, and along the sides of the headdress between the two faces. The white-painted beaks are each made from two joined pieces of wood which curve downward and protrude into the hawks' mouths. The upper edge of the wooden carving is left open and lined with brown fur above the shell inlay. The carving is set over a hide cap covered with iridescent, mallard duck feathers. Hide straps are attached to the bottom of the hide cap to affix the headdress to the wearer's head. 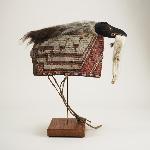 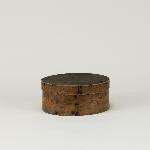 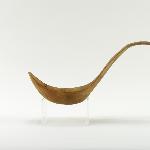 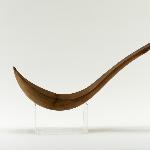 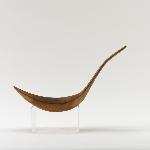 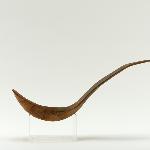 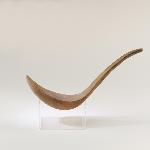 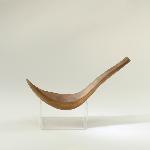