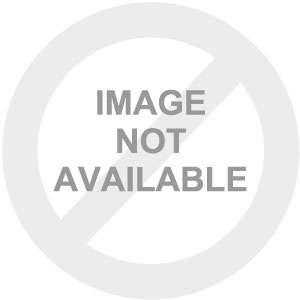 Ink-squeeze rubbing taken from a stone stele engraved with a portrait of Guan Yu 關羽 (d. 220 CE), the military leader from the last decades of the Eastern Han Dynasty, later a deity widely worshipped in China. The subject of the portrait is identified by a title in “seal script” calligraphy, below which is a depiction of a seal and its impression reading “Seal of the Lord of Hanshou ting”, that being one of the titles of the historical Guan Yu. Along the left hand edge of the image, a vertical line of text provides a date, 1721, and the statement that it was “reverently copied by the devotee Li Jintai of Baishan.” Baishan probably refers to the Changbai mountain range, and by extension to Manchuria. The identity of Li Jintai is not known, nor is it clear whether the copying referred to is the copying of a painting, or the reproduction of the painting onto a stele. 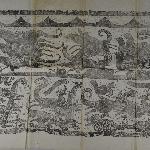 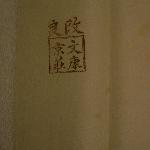 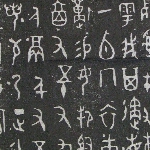 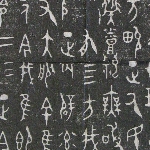 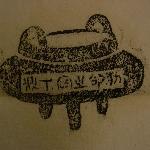 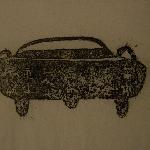 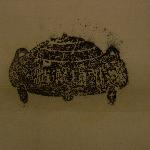 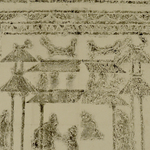