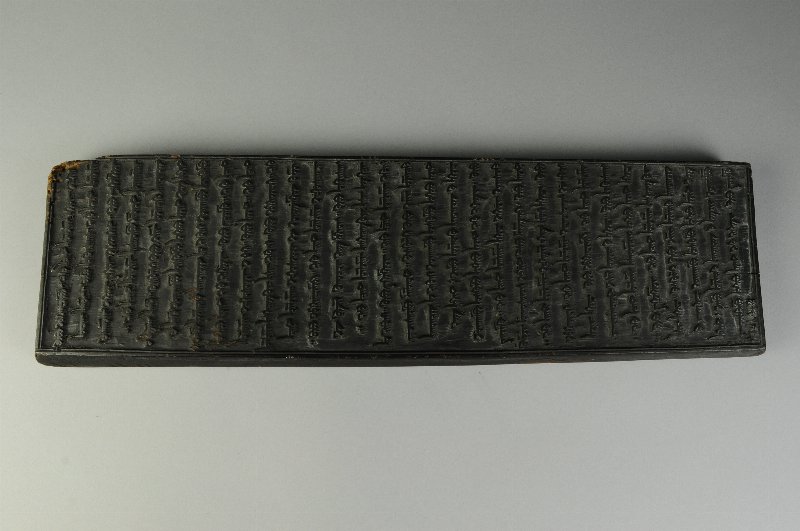 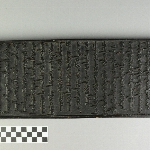 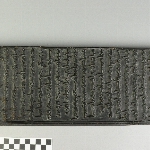 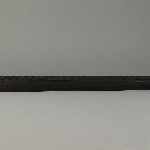 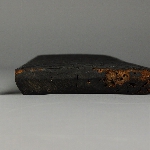 Two-sided wooden printing block for a Mongolian-language Buddhist text. The passage that appears on the block specifies Buddhist virtues of meekness, diligence, alms-giving and truthfulness. The text is in Mongolian language and script, the chapter (7) and page number (recto 12) in the margin are also written in Chinese, indicating that this block was likely part of a state-sponsored publication project by the Qing government, which from the 17th century ruled what is today Mongolia, as well as China. The chapter and page numbers give some sense of the number of blocks, probably several hundred, required to print the entire work. There is a small hole with a metal screw thread on the side. 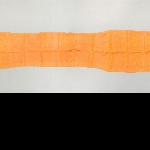 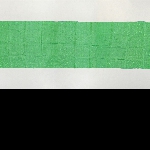 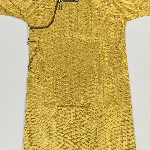 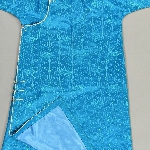 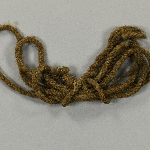 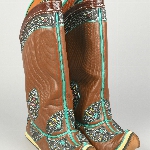 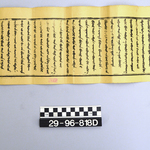