Surprise and Luck in a Roman Fresco Project 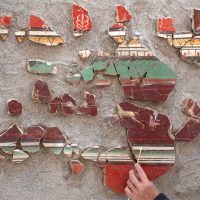 ARCHAEOLOGY always has a certain element of surprise and luck connected to it, for it is unpredictable to divine what lies directly under the surface upon which one is standing. So it was in the 1980s east of the Roman theater in Corinth. The American School of Classical Studies at Athens decided to investigate the […] 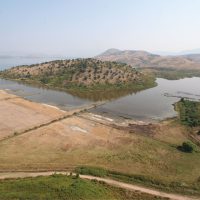 The Vaunting Ambition of King Pyrrhus at Butrint

By: David Hernandez and Richard Hodges

Kalivo The Vaunting Ambition of King Pyrrhus at Butrint THE MAJESTIC, fortified hilltop site of Kalivo is always overshadowed by Butrint (ancient Buthrotum), a neighboring UNESCO World Heritage Site in southwestern Albania. Over the years, this fortress has attracted and puzzled antiquarians and scholars alike, as well as the first archaeologists engaged with Butrint. These […] 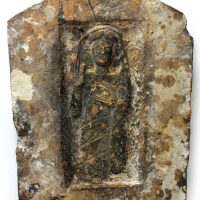 Discoveries From Our Museum Storerooms

Fragments of Carthage Rediscovered Discoveries From Our Museum Storerooms The objects in the Penn Museum store rooms—many collected more than 100 years ago—hold many rewarding surprises. Recently, Asian Section Keeper Stephen Lang found—in the Asian Section storage—two fragmentary stone stelae that once were erected in Carthage in the century before Rome conquered and destroyed the […] 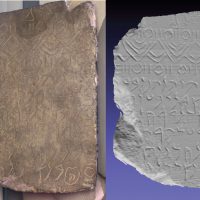 One of the ongoing projects in the Asian Section is an attempt to identify, transcribe, and translate any text found on an object in the collection. This is a challenge given the diversity of languages and scripts in Asia as well as the large number of objects in the Section, close to 30,000. It was […] 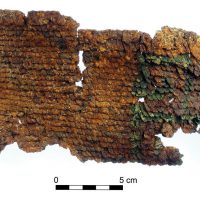 Discoveries from the Field

THE PENN MUSEUM’S longest-running excavation began in 1950 at Gordion in central Turkey. The project is now under the leadership of Dr. C. Brian Rose, Curator-in-Charge, Mediterranean Section. Each season, as work continues at the site, new discoveries are made. During the summer of 2019, the ongoing investigation of the Mosaic Building, begun many decades […]

A Comet Shall Shine Forth 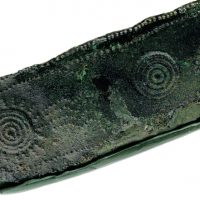 A Bronze Belt From an Etruscan Tomb

A depiction of a comet may have been discovered on an artifact in the Museum’s Etruscan collection. This rare narrative artwork tells the story of people trying to make sense of astronomical events. Far from unusual, the ancients left behind many artifacts and images that tell us they were observing the skies as much as […] 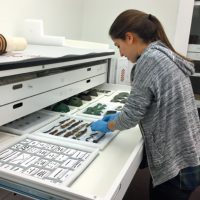 The transformation of raw metal into finished objects consists of an intense cycle of heating, cooling, and hammering, and, when all is said and done, the finished objects contain few visible traces of this grueling ordeal. Fortunately, archaeologists can use scientific techniques to reveal these otherwise imperceptible steps of production and to learn about the […]

Heritage and Change in a Florentine Market

As globalization propels people and commerce across international borders, landmark destinations like the San Lorenzo Market in Florence, Italy, are adapting. Changes to some important cultural traditions, however, can be controversial. Some enterprising vendors here are taking cooperative ownership of the transition from neighborhood market to globalized marketplace. It was a frigid afternoon in Florence’s […] 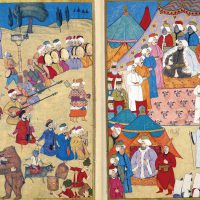 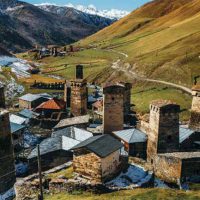 At the dawn of the common era, the Greek historian and geographer Strabo composed brief descriptions of the numerous tribes living and trading at Eastern Black Sea ports for his encyclopedic work Geographica. Among them, he wrote, “Are the Soanes, who are…superior…in power…and hold possession of the heights of the caucasus above Dioscurias. The mountainous […]