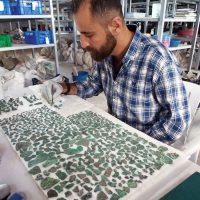 Over the past four years, the Penn Museum’s Gordion Archaeological Project has hosted three Iraqi cultural heritage professionals during our summer field seasons in Turkey. The Gordion team provides archaeological conservation training, including the conservation of objects that have just been excavated as well as objects of all types currently in the Gordion Museum. This […] 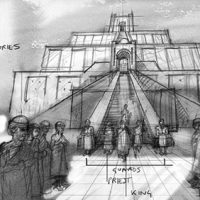 A Conversation with Julian Siggers, Dan Rahimi, and Steve Tinney

The Thrill of Discovery 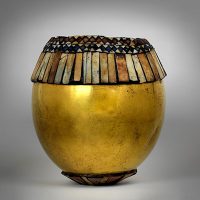 By: Richard L. Zettler and William B. Hafford

England and France have done a noble work of exploration in Assyria and Babylonia. It is time for America to do her part. Let us send out an American expedition. John P. Peters, American Oriental Society meeting, New Haven, 1883. Large Scale Excavations In Mesopotamia (Iraq), the lands between the Tigris and Euphrates rivers, began […] 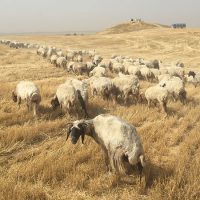 The Development of Agriculture in the Ancient Middle East

The geography of the Middle East provided both challenges and opportunities for the people who lived there. Most of the Middle East is characterized by a Mediterranean-influenced climate, with cool or cold, wet winters and dry, hot summers. This climate pattern was established by the end of the Ice Age (10,000 BCE). Over the past […]

The Uses of Writing 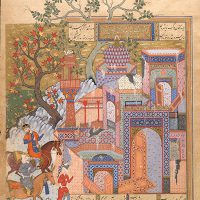 Inscribed Objects and Texts in the Middle East Galleries

Written texts and inscribed objects are an essential part of the stories told in the Middle East Galleries and feature throughout the rooms and cases, offering a broad and holistic picture of the origins, development, and uses of writing. As we thought about the role of writing in the development of civilization in the Middle […] 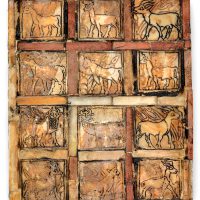 By: William B. Hafford

Modern cities have neighborhoods, shops, factories, religious centers, and cemeteries. They have transportation networks along streets and alleyways, and drainage and sewage systems to carry away waste. Cities also have large and ornate public buildings, typically for city administration and religious observance. All of these elements were paralleled in ancient Mesopotamian cities such as Ur […] 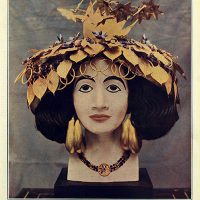 By: William B. Hafford

Of more than 2,000 total graves, only 16 had the structure, wealth, and evidence of human sacfrice that convinced the director of the excavations, C. Leonard Woolley, that they were royal. These 16 overshadowed all the others, however, solidifying the name “Royal Cemetery” in the minds of scholars and the general public. Newspaper articles hailed […] 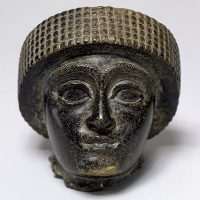 The Interaction of Communities

As it is today, southern Mesopotamia (modern Iraq), in the deep past, was a distinctive landscape. It provided, in abundance, the basic materials to sustain human life: water, food, clothing, and shelter. Water came not from rain, which is infrequent, but from the Tigris and Euphrates Rivers which also carried rich soil washed down from […] 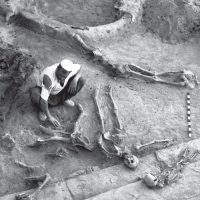 By: Katherine Burge and Lauren Ristvet

In the summer of 1958, a young archaeologist by the name of Robert H. Dyson, Jr., led a team from the Penn Museum to the site of Hasanlu in northwest Iran. Stratigraphic soundings dug two years earlier had yielded interesting pottery and the site seemed like a worthwhile place to explore the cultural history of […] 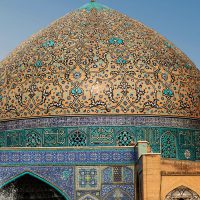 Cities of the Islamic and Persianate World

Ibn Khaldun, the great 14th-century CE historian and philosopher, stated that without the city (Arabic: madina) there can be no civilization (Arabic: tamaddun). A rich corpus of geographical literature written both in Arabic and Persian and dating from the 10th through the 14th centuries CE describes the routes, realms, and cities of the Islamic world […]