lrrigation in an Arabian Valley

A System of Highland Terraces in the Yemen Arab Rep

The popular image of Arabia is of an arid landscape peopled with nomadic Bedouins riding their camels through the sandy wastes. One hardly thinks of successful farmers or lush agricultural valleys in this part of the world. Yet a rich agricultural tradition did evolve in the fabled Arabia Felix of antiquity and the Islamic kingdom […] 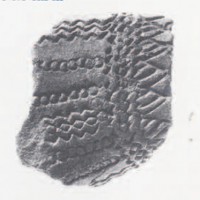 Five Vessels from a Neolithic Household in Calabria

Pottery is a standard item for archaeolog­ical analysis—it was made by most later prehistoric and historic societies, it dis­plays a wide range of variation in manu­facture, form and decoration, and it sur­vives well. However, the interpretation of pottery on residential sites is often difficult, since it occurs only as scatters of sherds, the end-product of […]

Warfare, State Building, and the Sacralization of Iron in West African History

Note This article was intended originally for EXPEDITION 25 no. 1 (Fall 1902), the special issue on Archaeometallurgy. For reasons of space it was not included there; however, it should be read in con­junction with that Issue. – Editor Along the Guinea Coast of West Africa there is a cluster of conquest states that rose […] 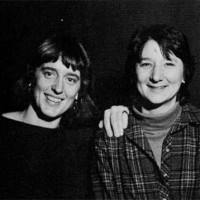 The University Museum Archives repre­sents a unique resource for researchers in archaeology, anthropology, history, classics and related fields. A preliminary survey done in 1979 indicated that the Museum currently holds about 2000 linear feet of records, of which about a third are field records collected between 1885 and 1955. These are field notebooks, indexes, cata­logues, […]

Introduction The traditional date for the founding of the American iron industry is 1622. In that year the English-based Virginia Company of London first attempted to smelt iron in Falling Creek, Virginia. The hope was that enough iron could be produced both for export to the Old World and to supply the needs of the […]

By: P.G. Warden and Robert Maddin and Tamara Stech and James D. Muhly

Since 1966 excavations at Poggio Civitate (Murlo), a site in central Italy about twenty kilometers south of Siena (Fig. 1), have revealed an Etruscan habita­tion of the 7th and 6th centuries B.C. Heretofore our knowledge of the Etruscans, the inhabitants of central Italy during the Iron Age, had been based almost exclu­sively on funerary evidence, […]

The Innovation of Iron

Scholars concerned with the phenome­non of ancient iron metallurgy have emphasized the interrelationship between the analytical, historical and archaeologi­cal evidence for proper interpretation of its complexity. While great strides have been made towards documenting not only early production technology (smelting and forging) but also the metal’s earliest geo­graphical and chronological distribution, the nature and functional […]

Early Tin in the Near East

A Reassessment in the Light of New Evidence from Western Afghanistan

By: Serge Cleuziou and Thierry Berthoud

Numerous scholars in different dis­ciplines have devoted considerable thought to the sources of the tin and copper used to make the alloy bronze in antiquity. In Southwest Asia, the absence of geological evidence for exploitable tin has produced only speculation concerning its locations. The identification of copper sources, how­ever, has proved more successful. The general […]

Fuel For The Metal Worker

The Role of Charcoal and Charcoal Production In Ancient Metallurgy

As an accidental by-product of combus­tion, wood charcoal has certainly been known for as long as fire itself. Very prob­ably its peculiar properties, such as smoke­lessness and high burning temperature, were appreciated early on and even taken advantage of from time to time. At some unknown point in the past, however, charcoal began to be […]

Archaeometallurgy and the University of Pennsylvania

In December 1982, the Archaeological Institute of America holds its annual meet­ing, in Philadelphia. Of the various scholarly issues to be discussed, a tech­nological theme will receive particular emphasis: the role of metallurgy in ancient cultures. For the past several years scholars from a variety of disciplines at the Univer­sity of Pennsylvania have directed their […]