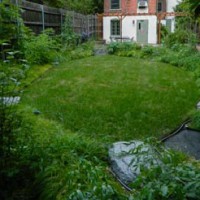 Tucked behind Penn’s Greenfield Intercultural Center (GIC) at 37th and Chestnut is a small, narrow lot. For many years, it was just that—a backyard space that GIC students and staff used occasionally for barbecues and receptions. Aside from a couple of new flowerpots, it was mostly unkempt; weeds speckled the yellowed grass and tangled grape […] 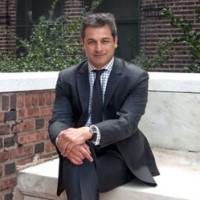 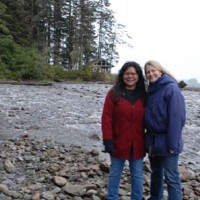 From the Guest Editor

This special issue of Expedition is an extension of our new exhibition, Native American Voices: The People—Here and Now, and highlights Native American sovereignty through the work of some of today’s most talented Native leaders, several of whom are here at Penn. Native Americans hold a special status in our country as members of sovereign […] 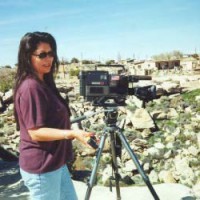 When does a child realize her ethnicity?

Researching the Pueblo Revolt of 1680 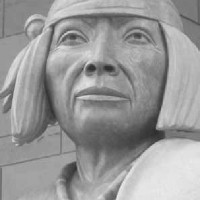 On August 10, 1680, the Pueblo people, along with their Navajo and Apache allies, orchestrated what is arguably the most successful indigenous insurrection against a European colonial power in the New World. The uprising, led by Ohkay Owingeh Pueblo leader Popé, laid siege to and captured the capital of Santa Fe while missions at pueblos […] 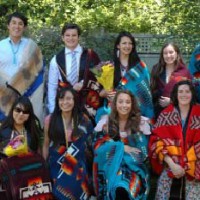 Domestic Dependent Nations In 1831, the U.S. Supreme Court held that an Indian nation was not a foreign nation but rather a domestic dependent nation under the jurisdiction of the federal government. The Cherokee Nation had sought to sue the state of Georgia in the Supreme Court under the Court’s jurisdiction to hear cases between […] 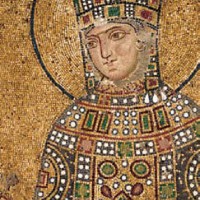 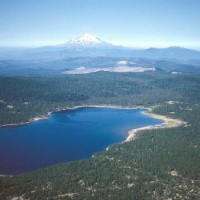 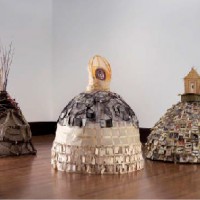 Artist and professor C. Maxx Stevens examines her method of visual storytelling. Because objects can “speak” in the same way that people speak, the materials I choose are important to the work. I am a very quiet person and need these objects to be my voice. My work as a contemporary Native artist tries to […] 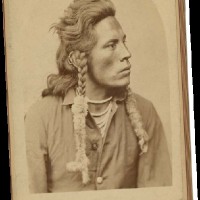 Editor’s note: This photograph and the story behind it recall an era of violence when Native American voices were silenced. Today’s Native American leaders are influencing public discourse and policy on all kinds of issues including Indigenous sovereignty, human rights, and cultural heritage. Ashishishe, also known as Curley, was born in 1856 into the Crow […]