An architectural masterpiece, the 614-seat domed Harrison Auditorium is one of the largest on Penn’s campus and one of the most-used public spaces in the Museum. It hosts a wide range of our public programs and is also a vital resource for Philadelphia’s cultural and civic groups and the Penn community. When it opened in 1915, the Auditorium was a state-of-the-art facility. Now, the Museum will restore the Harrison Auditorium—named for Charles Custis Harrison, dynamic Penn Provost (1894–1910) and Museum President (1911–1929)—to its full potential.

Upgrades will focus on accessibility and visitor comfort. We will transform the Auditorium with air conditioning, new lighting, new flooring, and enhanced sound and audio-visual systems. The beautiful 1940s seats will be completely refurbished — watch their removal below and find out more about the opportunity to name a seat in the new Auditorium.


The Auditorium’s lobby will also be renovated, featuring new accessible restrooms, a seating area, and a coatroom. Accessibility to and from the Auditorium will be greatly enhanced by reopening the original 1899 staircases from the Main Entrance Hall and adding a new passenger elevator linking all levels of the Harrison Wing.

Support the Harrison Auditorium by naming a seat for $2,500. For more information,
please contact the Penn Museum Major Gifts Office at Kristen Lauerman or 215.573.5251. 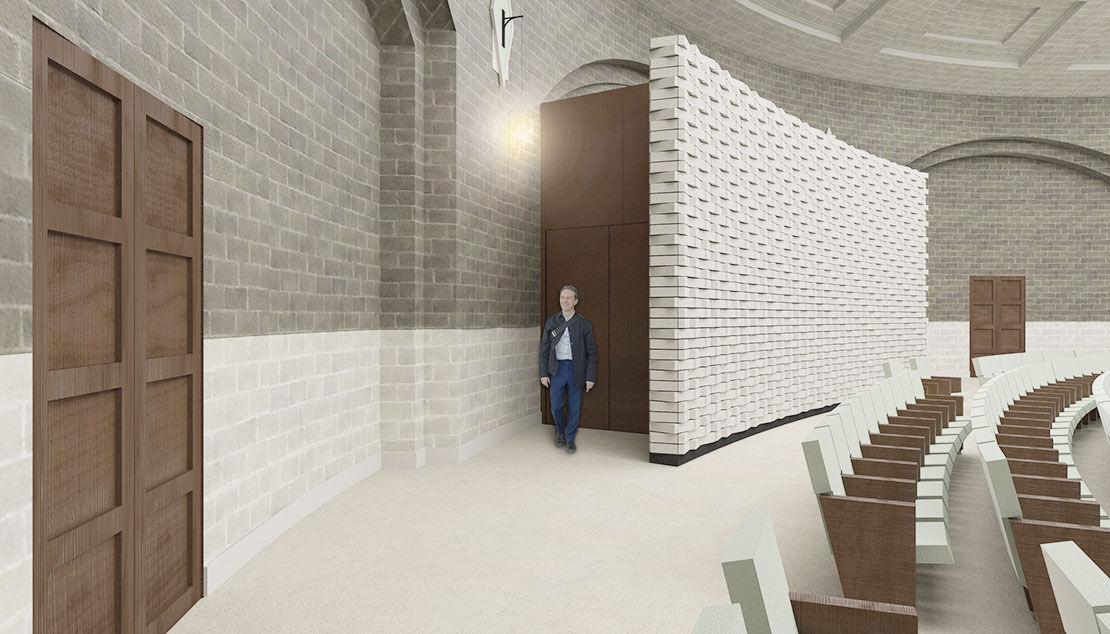