Archaeology Behind the Scenes: Getting ready for excavation in Karnataka, India 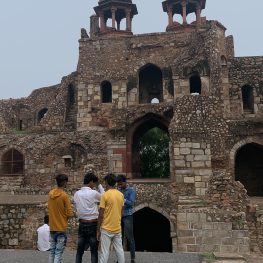 By: Sarah Linn and Chris LaMack

By: Moriah McKenna, Chris LaMack, Kathleen Morrison Tea. With milk? With sugar? Probably both. When people imagine archaeological fieldwork, they likely think of shovels and trowels in the soil. But a crucial part of it – a foundational part – consists of copious amounts of tea. Often, cups of tea are brought in on a […]

UNESCO World Heritage at 50: What Future for the Past? 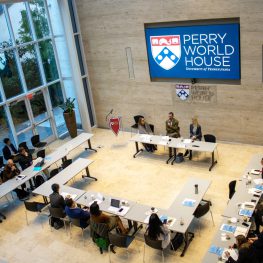 PIK Professor Dr. Lynn Meskell, who among her appointments holds the position of Curator in the Asian and Near East Sections of the Penn Museum, recently organized a workshop on global cultural heritage at Perry World House. In the following, Meskell sets out the conference and its contribution. This year marks the 50th anniversary of […]

The Process of Processing: How Collections Become (and Stay) Organized 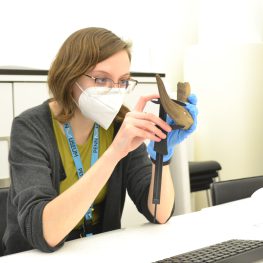 By: Sarah Linn and Cameron Findlay

The Penn Museum has over 1 million objects in its collection. How on earth can we keep track of it all?  Step 1: Acquiring the Objects  Processing objects is the first step in building and displaying a museum collection. Every object that is donated, purchased, or excavated has to be absorbed and recorded into the […]

By: Sarah Linn and Olivia Wells

Food cultivation, creation, and diet are important research avenues for anthropologists as they are intertwined with the social, cultural, and economic processes of society. A primary source for learning about food history is burned, or “carbonized”, food remains often found during excavations. Archaeological scientists microscopically examine the physical characteristics of carbonized remains to determine the […] 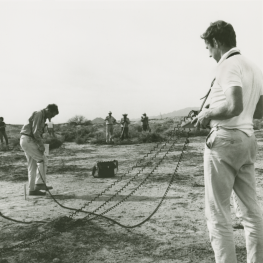 By: Sarah Linn and Sarah LaPorte

This year, I was granted the wonderful opportunity to be a Penn Museum Fellow, during which I was able to expand the research that I had started working on with Dr. Lynn Meskell as a Summer Intern. The project is a large-scale archival “deep-dive” that considers multiple angles for how the US government, private industries, […] 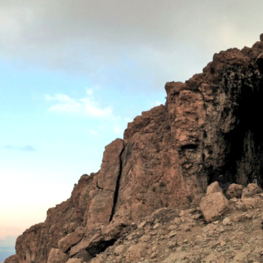 By: Anne Tiballi and Aria Spalding

Archaeobotany is a subfield of archaeology that seeks to better understand human-plant interactions throughout history by studying ancient plant remains. Studying Paleolithic archaeobotanical remains (the Paleolithic spanning 2.5 million years ago to 10,000 years ago) can reveal a wealth of information about human behavior and ancient environments. We can learn about ancient human plant-foraging and […]

Understanding the Life of Florence Shotridge 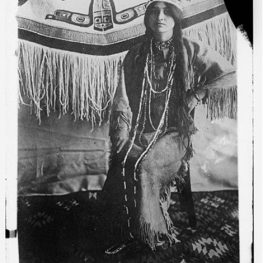 By: Anne Tiballi and Maria Murad

Florence Shotridge (1882-1917), or Kaatxwaaxsnéi, was a Tlingit woman from Haines, Alaska, near the Chilkoot River. She, along with her husband, Louis Shotridge, worked for the Penn Museum in Philadelphia, Pennsylvania collecting Tlingit objects and conducting ethnographic research on their own culture. Her husband, Louis Shotridge, is a well-known Tlingit ethnographer and collector, but much […]

The Storytellers within the Walls

By: Anne Tiballi and Miranda Souza

Rats are not something that many people want to talk about. Who wants to talk about rodents that scurry around and hide stolen things within walls and floorboards? While rats may not be top of mind for most people, they are often at work in many buildings such as museums and old houses, and are […]

The Scrapers of Bisitun Cave

Aylar Abdolahzadeh is a doctoral candidate in Anthropology. She is one of several Museum Assistants selected for the 2020-2021 academic year. The Museum Assistantship Program offers paid opportunities for University of Pennsylvania graduate students to work on unique projects within the Penn Museum. The program pairs Museum projects in need of research assistance with skilled […] 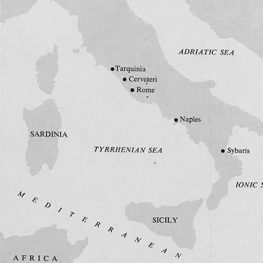 By: Anne Tiballi and Kacie Alaga

Over the course of the past year I had the opportunity to work on a Museum Assistantship project with Dr. Jason Herrmann titled Digging Digital Data: Revisiting the Penn Museum Expedition to Sybaris. In the early 1960s the Penn Museum partnered with the Lerici Foundation of Milan to conduct a series of geophysical surveys in […]