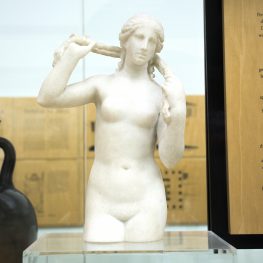 Is there any experience more powerful than falling in love? Most people would be hard-pressed to name an example. Love binds us together—it brings us joy and comfort, and sometimes sadness; it can also drive us to do extraordinary things, occasionally beyond the limits of common sense. And it’s been the driving force behind some […] 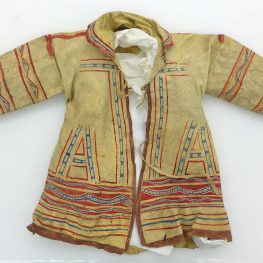 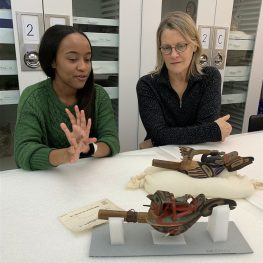 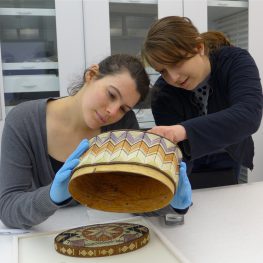 In 1912, the Penn Museum purchased a birch bark box (object number NA 3851) decorated with intricate quillwork from British collector and antiquities dealer William Ockleford Oldman. During the late 1800s to the early 1900s, Oldman sold thousands of ethnographic materials to private collectors and museums (including the British Museum and Museum of the American […] 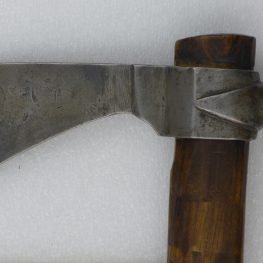 How does a tomahawk, as an object typically associated with violence, come to be connected to a smoking pipe used in rituals and ceremonies associated with peace? Who devised the idea of welding these different objects together to bring pipe tomahawks into being, and what are the cultural significances surrounding their presence? File these […] 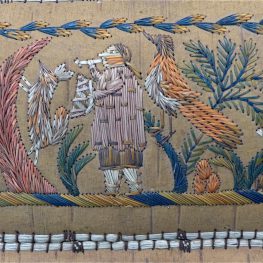 The intricate detailing on these birchbark trays was the first thing that caught my eye. It is difficult to fathom the amount of labor and intensive effort it takes to embroider such complex designs into a thin piece of wood. As seen in the images below, these three trays differ in shape, size, and content, […] 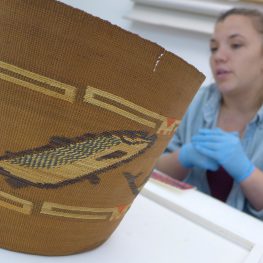 This salmon basket from the land of the Tlingit and Yakutat people is a useful piece of art, woven from spruce root, grass, and maidenhair fern in a twined fashion, and originally made to carry lightweight materials. It shows minimal evidence of wear. In size and shape and weaving patterns, it closely resembles other baskets […]

Flight into the Museum Archives 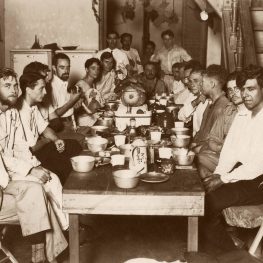 “This will confirm your assignment as Flight Operator to the NC146M, which is being chartered by the Matto Grosso Expedition for service in the interior of Brasil [sic] for a period of at least four months. Its base will be Desclavados [sic, Descalvados], Matto Grosso, which is about one thousand miles from Rio de Janeiro.” […] 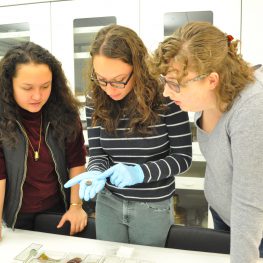 By Sheridan Small, Penn Museum Fellow 2017-2018 Although I never had a chance to meet Robert Henry Lamborn, I feel like we have become close friends. I have studied him over the past seven months through my research for my senior honors thesis in Anthropology as a Penn Museum Fellow. I have spent hours in […]

A Vision of Color: Contextualizing a Peyote Rattle in Time and Space 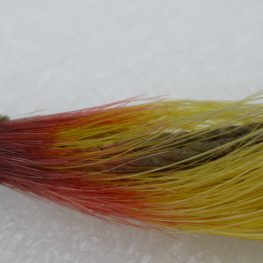 Object Analysis by Margaret Bruchac and Sheridan Small During the era of American westward expansion, many Native American peoples were forced from their ancestral lands and confined to reservations. The Winnebago people, for example, went through several territorial dislocations as a result of three major cession treaties with the fledgling United States. They were removed […]