The Indian Games of Pachisi, Chaupar, and Chausar 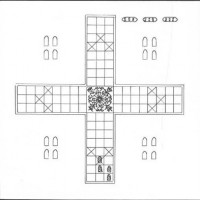 The Museum of the University of Pennsylvania owns several “boards”–they are actually made of cloth–used for playing the games known in India as pachisi (pacisi), chaupar (caupara), and chausar (causara). One of these is illustrated here. In the United States and elsewhere in the Western world a modified version of these Indian games, variously called […]