Etruscan Sandals: Fancy Footwear from the Sixth Century BC 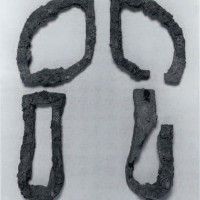 In October of 2002, three new galleries will join “The Ancient Greek World” to form a suite devoted to the cultures of ancient Greece and Italy. In developing “The Etruscan World,” we had the wonderful experi­ence of working with one of the most important Etruscan collections in the country. Although many of the objects are […] 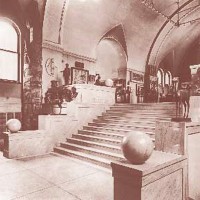 By: Charles A. Evers and Ann Blair Brownlee

There is a new sense of excitement in the Museum’s Mediterranean Galleries, which are devoted to the cultures of ancient Greece and Italy. It all culminates in spring 2003, when three newly installed and refurbished galleries, the Introductory Gallery, the Kyle M. Phillips, Jr., Gallery, and the Andrew N. Farnese Gallery, join the Ancient Greek World Gallery, reinstalled in 1994, […]

Penn in the World: Twelve Decades at the University of Pennsylvania Museum

By: Ann Blair Brownlee and David B. Brownlee

In the fall of 2006, we assembled a marvelously diverse group of undergraduate and graduate students from the Departments of Anthropology, History of Art, Religious Studies, Architecture, and East Asian Languages and Civilizations to plan an exhibition that would tell the complex and compelling story of the University of Pennsylvania Museum of Archaeology and Anthropology. […]

What Was There Before the Museum?

It was a “wretched stretch of land” according to Dr. William Pepper’s biography. “One gray March days, in 1894, Dry. Pepper and Mrs. Stevenson [another early and important supporter of the Museum and later curator of the Mediterranean and Egyptian sections], with Mr. Justus C. Strawbridge, whom they were anxious to interest in the project, […] 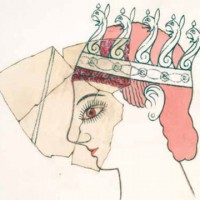 In 1957, the renowned archaeological illustrator, Piet de Jong (1887–1967), made his way to Gordion. Well known for his work at archaeological sites in Greece, particularly the Athenian Agora, he was invited by Rodney S. Young, Director of the Penn Museum’s excavations at Gordion, to prepare a series of drawings of artifacts and also to […]

“…Very Best Inspirations of the Past” 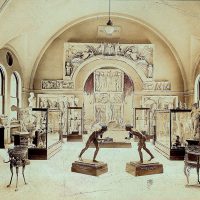 For more than 50 years, visitors to the Penn Museum have been welcomed by a large bronze classical statue, a copy of a work known as the Borghese Satyr, which stands near the reflecting pool in the Warden Garden. is striking figure—with the equine tail and ears characteristic of the part animal, part human mythological […]