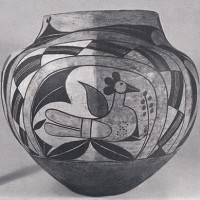 A Report from Conservation

Southwest Pottery Artifacts on Tour: A Report from Conservation The University Museum has had an active program of loaning artifacts to other public institutions since its earliest days and over the past few years has been developing a program of traveling exhibits from the Museum’s collections. The Conservation Department’s involvement in loans and traveling exhibits […]

One of my favorite parts of archaeo­logical conservation is being a field conser­vator and working with the archaeologists on site at an excavation. There’s a special thrill in being the first one to work on an artifact, in helping to unlock the information it can reveal about the people who made and used it. Therefore, […]

The Margarita Tomb at Copan, Honduras

By: Ellen E. Bell and Robert J. Sharer and David W. Sedat and Marcello A. Canuto and Lynn Grant

In an earlier issue of Expedition (41[2]), we reported on the first five years of work in an Early Classic burial at the Maya center of Copan, Honduras. The multichambered Margarita Tomb (An 440-450) lies deeply buried at the center of the core of the Late Classic Copan Acropolis. It contains the remains of a […]

The Pharaohs Invade Venice: From Museum Galleries to the Palazzo Grassi–Via the Grand Canal

Early in 2002, the Palazzo Grassi, an ex­hibit venue in Venice, Italy, began arranging a major exhibit of Egyptian artifacts titled I Faraoni (The Pharaohs), borrowing more than 300 objects from 32 insti­tutions worldwide. The Museum loaned several works to the exhibit, and their transport to that venue became an epic journey. We had arranged […] 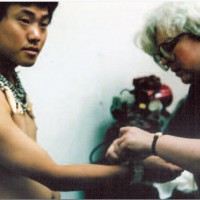 Virginia Greene, the Museum’s Senior Conservator, retired this year after an illustrious career at the University of Pennsylvania Museum of Archaeology and Anthropology. Ginny, as she is universally known, came to Penn in 1963 as a graduate student in the Department of Anthropology. Her interest in archaeological conservation grew out of her participation on the […]

What Do You Think of That?: Museum Staffers Blog about Museums

Most of us who work in museums usually entered the field because of a love for museums. One of the unfortunate occupational hazards, however, is that, after working in a museum, one’s museum-going experiences are permanently affected. I first became aware of this as a conservation student in London when I visited the Royal Academy to […]

A Treasure Among the Sherds 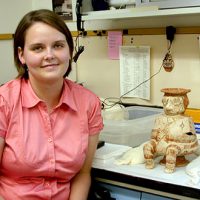 The treatments done by Penn Museum conservators usually relate to a current exhibition or loan. For our interns, however, we often seek out specially challenging or interesting projects that might otherwise not be treated. In the spring of 2009, when Beneath the Surface: Life, Death, and Gold in Ancient Panama was just a glimmer in […] 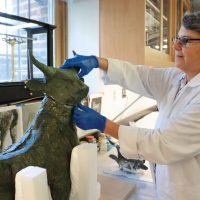 Conservation and The Middle East Galleries

Conservation is involved very early in the process of creating new Penn Museum galleries and exhibitions. When the curators and designers select artifacts to include, each is reviewed by a conservator to ensure that the object is stable enough for display (or can be made so); to determine what sort of display parameters (light levels […]