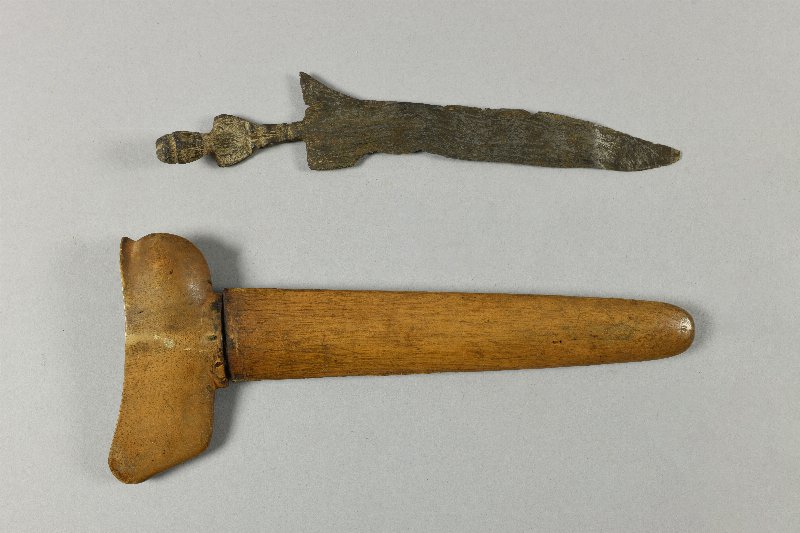 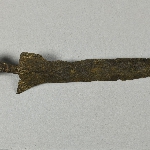 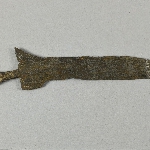 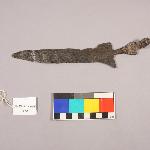 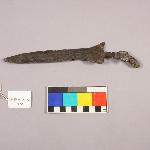 Small dagger with blade and handle forged from the same piece of iron, widening asymmetrically at base. The blade is broad and slightly wavy (3 curves?), with some watery patterning (pamor). The handle is a seated human figure, bending sideways and forward. Majahapit style, possibly from the era of the Javanese Majahapit kingdom (1293 to circa 1500). An example of the oldest type of a class of daggers called kris, defined by the widening at one side of the blade base. Kris are not only weapons but also works of art and objects of mythical, ritual, and ceremonial significance: in 2005, UNESCO gave the title “Masterpiece of the Oral and Intangible Heritage of Humanity” to the kris of Indonesia. 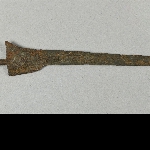 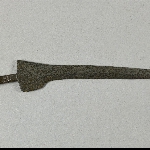 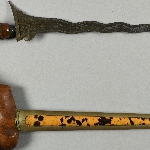 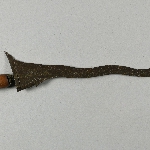 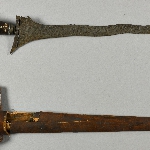 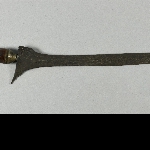 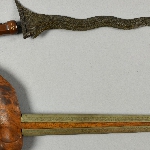 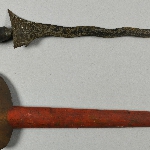