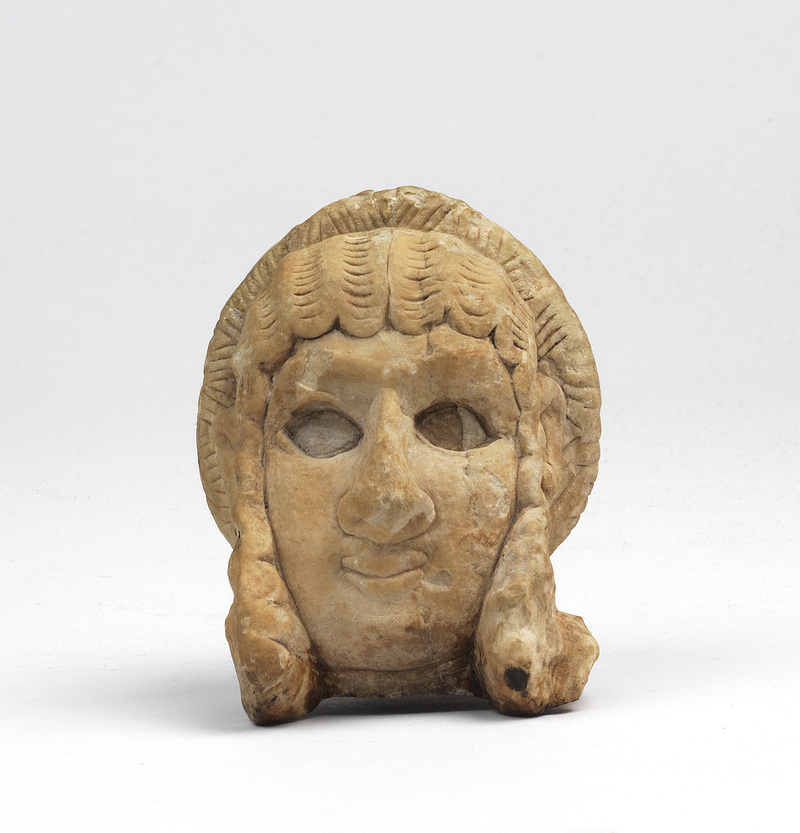 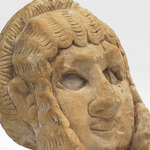 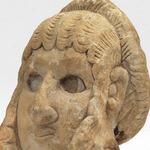 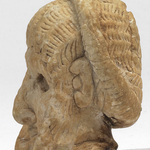 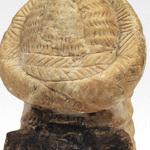 Alabaster. Female head that is broken from statue; bitumen at break in neck and boring for dowel. Elaborate coiffur; long tresses on each side of face. Right eye contains shell and bitumen inlay.

This stone head of a woman is a portion of what is typically known as a Diyala statue (coming from the region around the Diyala river in central Iraq). The dowel hole at the base of the neck shows that the head was originally slotted into a stone body to make a complete statuette. The woman has an elaborate hair-do and hollowed-out eyes that originally held inlays to add a more life-like character. In fact, a portion of a shell inlay for the white area of one of the eyes is still preserved. These statues range in size but appear to have been dedicated in temples as continual stand-ins for the worshipper/donor. 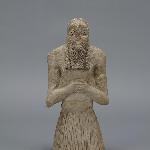 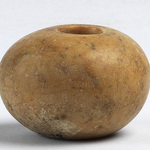 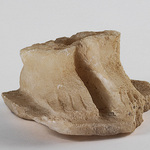 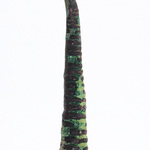 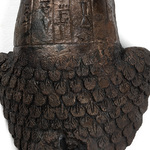 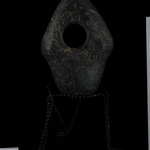 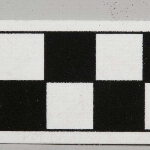 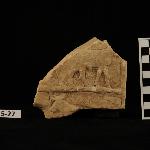