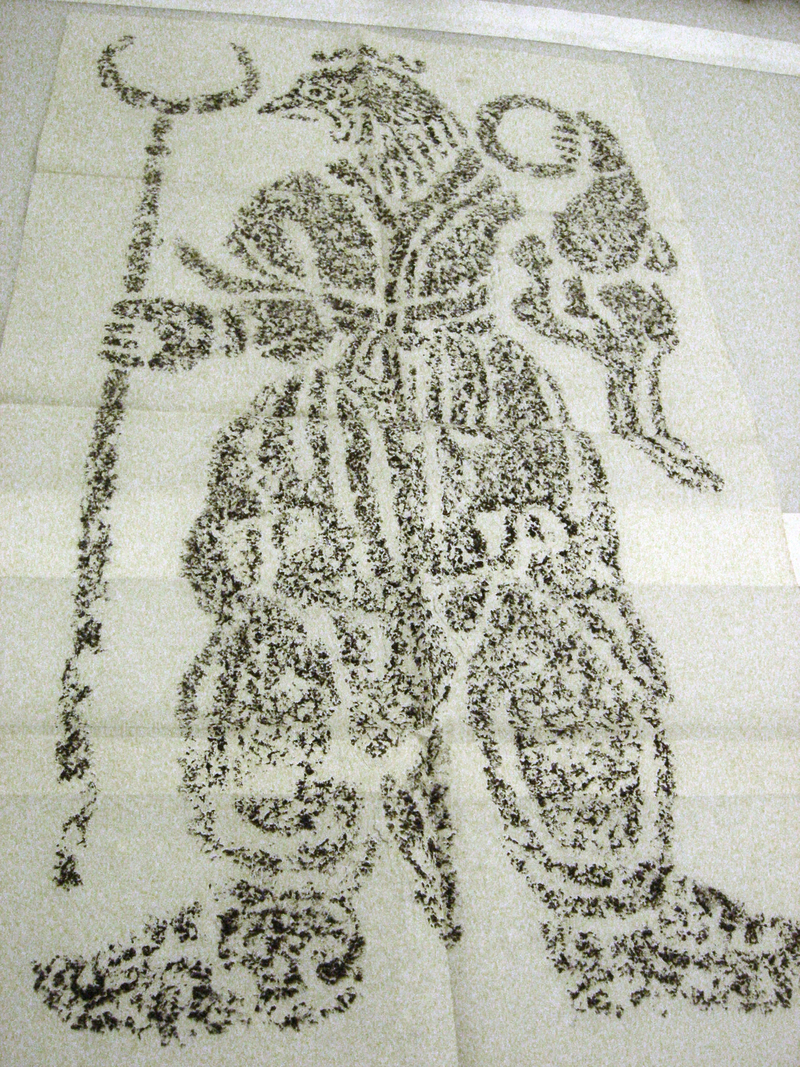 The rooster from a set of twelve rubbings of the stone reliefs showing the East Asian zodiac animals at the tomb of Kim Yusin, Gyeongju, Korea. The rubbings are accompanied by a hand-written note which reads: "No. 11. Rubbings of reliefs from a King's Tomb near Keishū [i.e. Gyeongju 慶州]. Purchased from the museum at Keishū for 6 yen. (not the King's Tomb near Bukkokuji [i.e. Bulguksa 佛國寺] but a similar one north.)" Two pieces of paper joined together near bottom. Standing figure with rooster head holding crescent-topped staff in right hand and left hand holding ring. 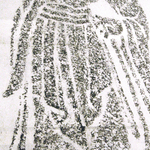