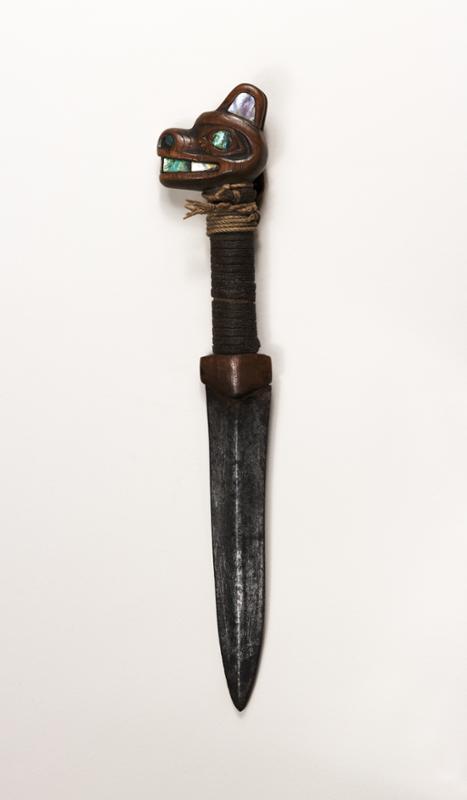 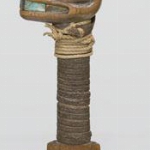 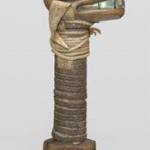 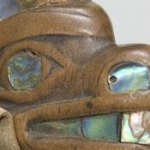 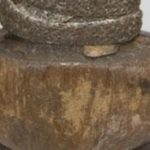 Knife with a wooden pommel carved to represent a Wolf emblem and a "Wolf on the trail of his prey" (LS). The blade is made from steel with a medial ridge on one side. The handle is wrapped with an animal hide strap with twisted thread tied toward the pommel end. The Wolf emblem pommel is made from wood shaped as a wolf's head in profile. Abalone shell inlay is used for the wolf's ears, eyes, nostrils, and teeth. The pommel design is repeated on the reverse. Said to have been used to kill the bear whose skin became a headdress, NA11764. 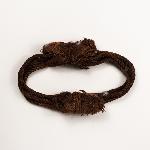 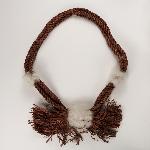 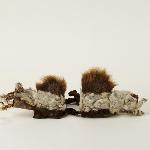 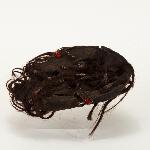 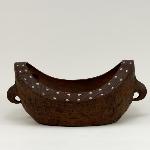 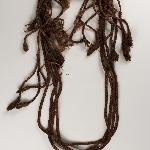 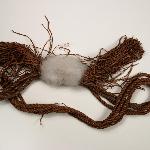 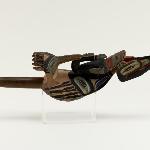