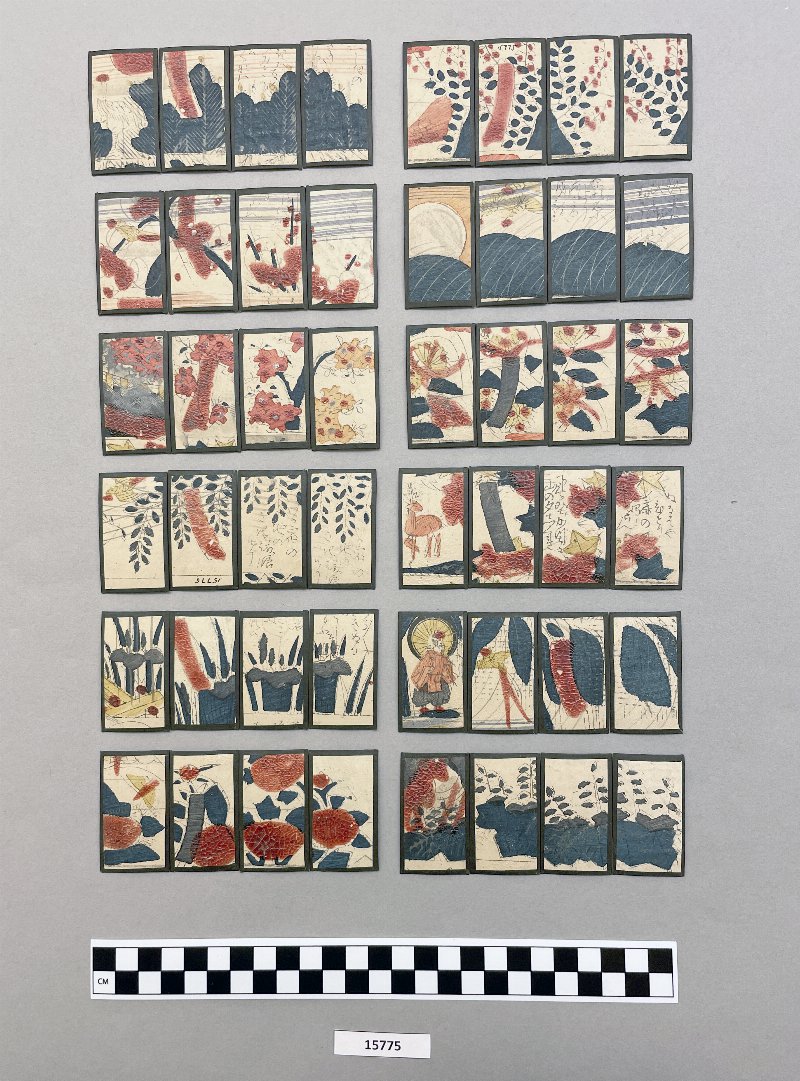 48 rectangular paper playing cards 花札 hanafuda, "flower cards". Twelve suits representing the twelve months with four cards featuring a flower and some kind of animal such as a bird, deer, boar, or butterfly. Additional motifs include a plank bridge for May, a full moon for August, a sake cup for September, and the calligrapher Ono no Michikaze holding an umbrella for November. December features a Chinese phoenix. Some of the cards include poems. One side of each card is covered in black paper which wraps around edges to form narrow black border which frames an image on white background on the other side. Yellow, pink, red, dark teal, and silver is applied on top of the ink outlines of the images. 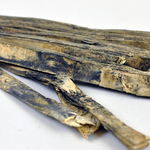 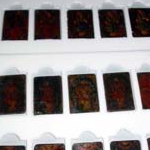 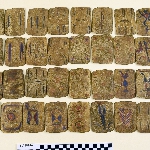 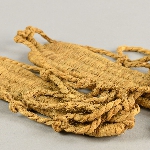 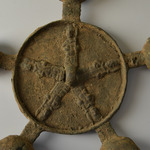 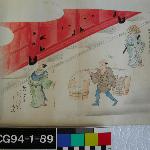 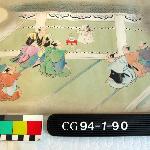 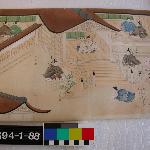