Take an armchair journey across exotic lands and seas with 'Great Voyages: Travels, Triumphs, and Tragedies,' lectures occured between October 2013 through June 2014. Renowned scholars, including Oceanographer Robert Ballard, Penn Classical Studies Associate Professor Peter Struck, and Penn Museum Curator Clark Erickson, share tales of epic journeys drawn from thousands of years of human history. Lecturers explore voyages as varied as those of the legendary Gilgamesh, the tragic sinking of the Titanic, and Magellan's circumnavigation of the Earth. 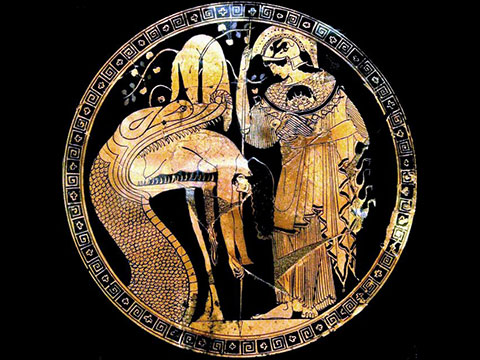 Brian Rose, James B. Pritchard Professor of Classical Archaeology, University of Pennsylvania. Searching for the Golden Fleece with Jason and the Argonauts One of the most captivating voyages in Classical literature involved the travels of the Greek hero Jason to the Black Sea, where he searched for the golden fleece of a winged ram that was the prized possession of the kingdom of Colchis (modern Georgia). The narrative components of the voyage provide us with an unusually rich depiction of early Greek attitudes toward women, especially from exotic foreign lands, as well as geographic exploration and ancient sources of gold. Dr. Rose discusses Jason's journeys, and also examines how Greek seafaring in the late Bronze and early Iron Ages relates to Jason's maritime adventures. 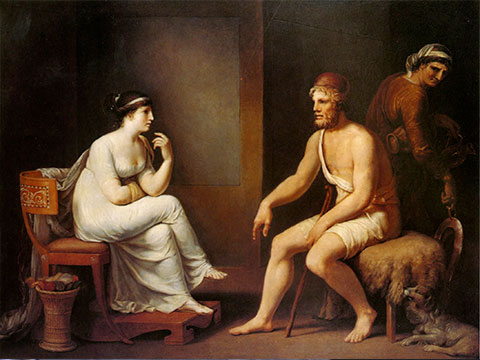 Great Voyages: The Odyssey, Nostalgia, and the Lost Home

Homer's tale of the wandering hero has loaned its name to the English language for the very idea of a long wandering voyage. In this talk, Dr. Struck considers the idea of a displacement in the epic poem, and how Odysseus negotiates his status as someone separated from where he belongs. 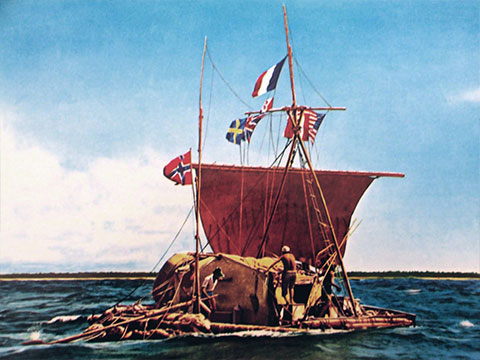 Scholars have long debated the possibility of long distance travel between continents and its impact on the development of cultures. Similarities between specific objects or complexes of cultural traits often lead to hypotheses about the dating, nature, and direction of journeys, and the identification of possible colonists. In this lecture, Dr. Erickson discusses Thor Heyerdahl's mid-20th-Century proposal of a bold experiment to show that South Americans could have colonized Pacific Islands using indigenous boats and navigation. Although many of his specific ideas about pre-Columbian trans-Pacific journeys remain speculative, new archaeological and genetic evidence from Chile suggests early and sustained contacts with Polynesian peoples. 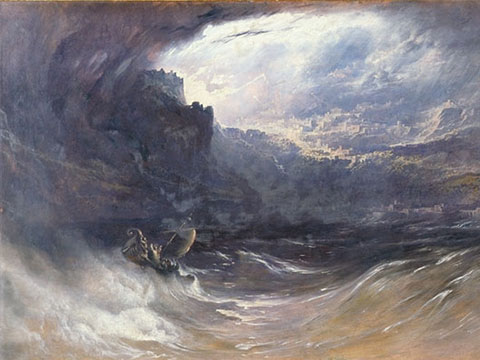 Great Voyages: Gilgamesh: Journeys to the End of the World

Steve Tinney, Associate Professor, Near Eastern Languages & Civilizations, University of Pennsylvania Gilgamesh: Journeys to the End of the World Gilgamesh was a figure of legend in ancient Mesopotamia (modern day Iraq) from as early as 4,500 years ago. The tales of his travels were not only stories of adventure in places no human had ever seen, but also reflections on questions of life and knowledge. In this lecture, Dr. Tinney recounts some of Gilgamesh's greatest journeys and revisits discussions about what they meant back then, as well as what they mean today. 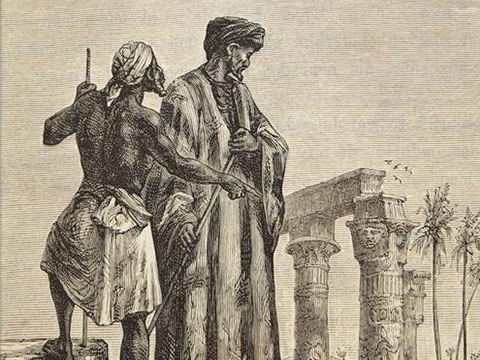 Great Voyages: Traveler's Tips from the 14th Century: The Detours of Ibn Battuta

Paul Cobb, Professor, Islamic History, University of Pennsylvania presents Traveler's Tips from the 14th Century: The Detours of Ibn Battuta. In 1325, a Moroccan scholar named Ibn Battuta set out to do a bit of traveling. When he finally returned to his homeland 30 years later, he had visited the equivalent of over 40 modern countries, traversed the entire eastern hemisphere, and logged about 73,000 miles. After his return home, the sultan of Morocco commissioned a writer to record Ibn Battuta's recollections of his journeys. The result was a book known as the Travels of Ibn Battuta, one of the world's classic travel narratives and a key window into the cosmopolitan world of medieval Islam. The 14th century offered a different world of travel than the one that confronts us today—or did it? What advice can Ibn Battuta provide the globe-trotting public of the 21st century? 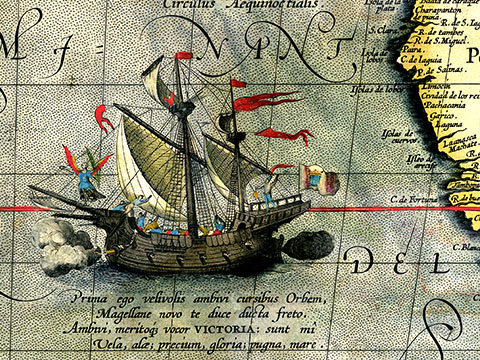 Great Voyages: Ferdinand Magellan, 'Our One True Guide': The First Circumnavigation of the Globe

Magellan's circumnavigation was a complex event—a feat of navigation and exploration that also saw hardship, shipwreck, and mutiny visited upon the expedition's crew. In a process that would become paradigmatic, Europeans found themselves enmeshed in regional and local politics—a causative element in Magellan's death. Dr. Gallup-Diaz examines the varied and interconnected maritime, cultural, and political factors that came together during Magellan's circumnavigation. 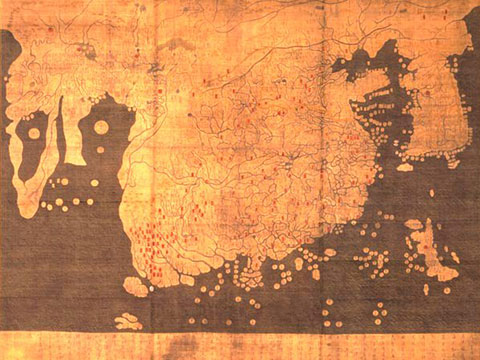 Dr. Adam Smith, Assistant Curator, Asian Section, kicks off the 2013--2014 "Great Lectures" series. This year's theme: Great Voyages. Zheng He, a Muslim-born eunuch, is the most famous of the men that led the spectacular maritime expeditions of the Ming Dynasty, mounted during the early 15th century as an assertion of China's power and prestige among neighboring peoples of Southeast Asia. Dr. Smith discusses Zheng He's seven voyages, which reached beyond Southeast Asia to India, the Middle East, and the east coast of Africa over three decades—half a century before Portuguese navigators reached these same regions via the Cape of Good Hope.