Learn about the seven wonders of the world and other great monuments of archaeological interest. Lectures occured between October 2015 and June 2016. 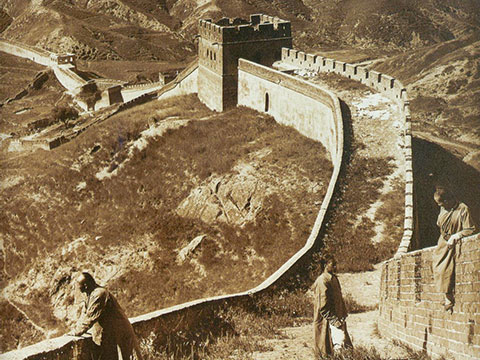 The Great Wall is most familiar to us as the massive masonry fortifications snaking dramatically over the mountains north of Beijing. These were constructed in the sixteenth and seventeenth centuries by the Ming Dynasty to protect their capital from invasion by Mongol cavalry. The Ming walls are the pinnacle of a two-thousand-year tradition of ambitious constructions for border defense in northern China, built by both Chinese and non-Chinese states, and using a diversity of techniques. This talk will examine these Great Chinese Walls from the perspectives of their contemporary and later observers, foreign and Chinese, advocates and critics. Lecture given by Adam Smith, Ph.D., Assistant Curator, Asian Section. 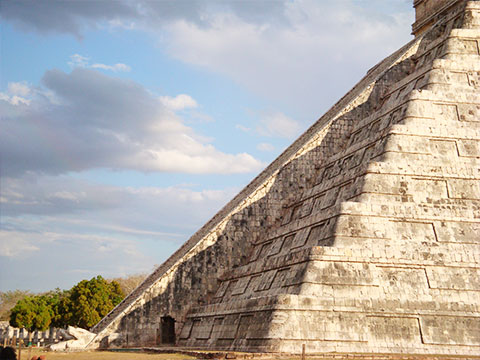 Lecture given by Dr. Simon Martin, Associate Curator and Keeper of Collections, American Section. Every spring and autumn equinox thousands of people gather at the base of "El Castillo"—the pyramid at the heart of one of the ancient America's most famous and evocative cities: Chichen Itza. They come to marvel at the skill of ancient astronomers in aligning their structure in such a way that the sun casts a diamond-back shadow of a giant serpent down one of its staircases. They also come to peer into the depths of the great sinkhole known as the "Well of Sacrifice," and wander through the expanses of the "Great Ballcourt," the largest in the New World. Chichen Itza is a truly remarkable place, but the story behind it has hardly been told. There is a hidden history to these ruins and the biggest secret of all is that this great Maya metropolis is not very Maya at all. To understand the city properly it will be necessary to debunk the myths and take a journey into the symbolism behind its every carved stone—revealing its true designers and their ancient purpose. 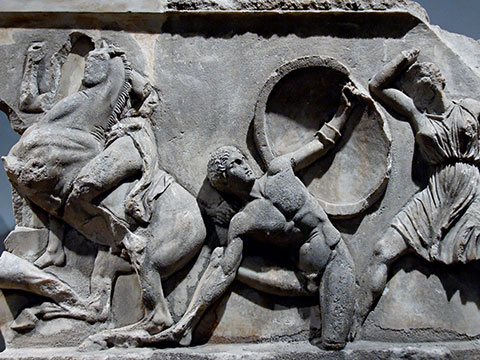 Great Wonders: The Mausoleum of Halicarnassus and its Successors

Each of the "wonders" in the ancient world was intended to symbolize the builder's political and economic power, and to serve as a template for future monuments to such power. In most cases they succeeded: the statue of Olympian Zeus was used as a model for portraits of Napoleon and George Washington, while the Colossus of Rhodes influenced the design of the Statue of Liberty. This was no less true for the Mausoleum of Halicarnassus, constructed for King Mausolus during the mid fourth century BC in southwestern Turkey (modern Bodrum). Created by the leading sculptors and architects of the Late Classical period, the design of the mausoleum was so successful that it was repeatedly used for buildings commemorating the burials of famous politicians, such as Grant's Tomb, while the word for a monumental tomb in most languages is "mausoleum", named after King Mausolus. 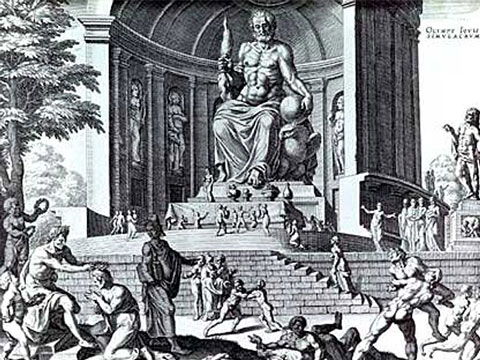 Great Wonders: The Statue of Zeus at Olympia

The Statue of Zeus at Olympia, in southern Greece, was counted as one of the Seven Wonders of the Ancient World and was even singled out for the awe it inspired in all who beheld it. It was a monumental work of art ­– more than 40 feet tall, made of gold and ivory over a wooden framework – seated majestically on a cedar wood throne decorated with gold, ivory, ebony, and precious stones. The statue was created in a nearby workshop by the renowned sculptor Pheidias, who also sculpted the monumental statue of Athena in the Parthenon. Although the statue was lost by the fifth century A.D., we have a good idea of its general appearance from coins bearing its likeness, mentions in ancient literature, and Roman copies that it may have inspired. We also have intriguing archaeological evidence of Pheidias' workshop and from the temple itself. In this lecture I will discuss the statue and its sculptor, the techniques of manufacture, what we know the statue's history and its fame across the classical world, and its place in the religious traditions of the Greeks. 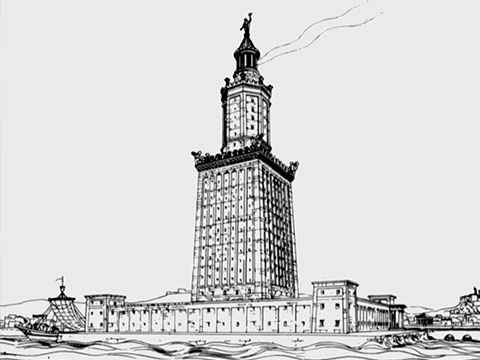 Great Wonders: The Lighthouse at Alexandria: The Pharos in the land of the Pharaoh

Lecture given by Jennifer Houser Wegner, Ph.D., Associate Curator, Egyptian Section. Founded by Alexander the Great in 332 BCE, the city of Alexandria grew to become one of the most important cities in the ancient world. Alexandria was a hub of intellectual, commercial, political and religious activity, and its Mediterranean harbors were bustling centers of activity. The Lighthouse at Alexandria, or the Pharos, marked the entry into the harbor from the sea. The Pharos was constructed on the orders of the early Ptolemaic kings around 280 BCE. For most of its history, this remarkable building was one of the tallest man-made structures on earth. Writers as varied as Julius Caesar and the Arab traveler Abou Haggag Youssef Ibn Mohammed el-Balawi el-Andaloussias, describe this illuminated tower whose image also appears on coinage and mosaics. After a series of earthquakes damaged the tower, it was finally destroyed in the 14th century CE, having served as an iconic image of the city of Alexandria for almost 1500 years. Recent underwater excavations by French archaeologists have identified remains of the original structure in Alexandria's eastern harbor. This talk will consider the history of the lighthouse, one of the seven wonders of the ancient world. 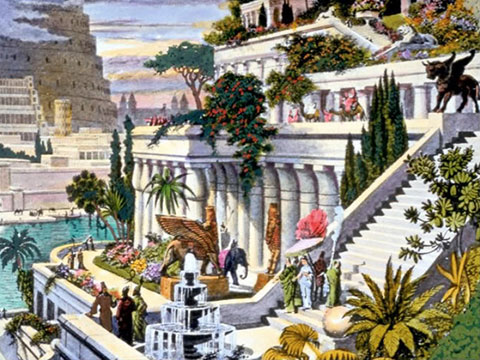 Great Wonders: Searching for the Hanging Gardens of Babylon

Grant Frame, Ph.D., Associate Curator, Babylonian Section. The Babylonian king Nebuchadnezzar II (604–562 BCE) is infamous in the Bible for having destroyed the Temple of Jerusalem in 586. However, he is famous in classical sources for having built the Hanging Gardens of Babylon, one of the Seven Wonders of the Ancient World. During his reign, Nebuchadnezzar commissioned numerous building projects at Babylon and the remains of many of these were found by the German archaeologist Robert Koldewey, who conducted extensive excavations at Babylon from 1899 until the outbreak of the First World War. But did he find the remains of the Hanging Gardens? That is the million-dollar question. 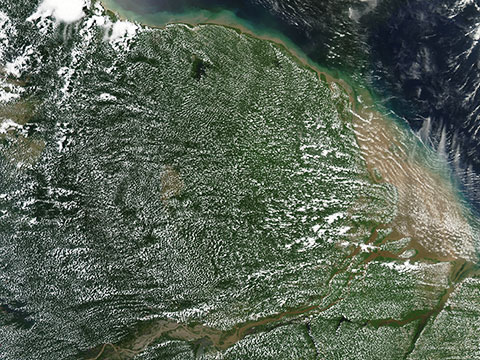 Traditionally, the archaeologists have the vast Amazon region of South America to be a cultural backwater compared to the better-known civilizations that developed in the Americas. Scholars stress the limitations of tropical environments and lack of critical technological innovations to sustain civilizations. In recent years, the documentation of intensive agriculture, black earth, managed forests, hydraulic engineering, and large settlements has questioned traditional assumptions. Dr. Erickson has documented fascinating monumental earthworks called geoglyphs, ring ditches, or geometric enclosures that cover several acres to nearly a square mile. The geometric patterns suggest a concern for landscape design, high visibility, and aesthetics. Deep ditches imply that huge volumes of earth moved. Various hypotheses are presented for the functions of earthworks. The existence of earthworks of such magnitude and density throughout Western Amazonia shows the ability of native peoples to transform their landscapes at a massive scale. 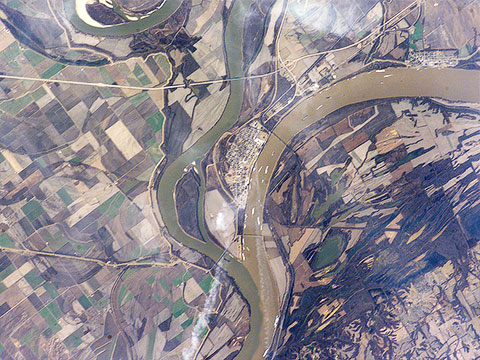 Stretching over 2,500 miles from Minnesota to the Gulf of Mexico, the Mississippi River has been called "the Nile of North America." Like its counterpart in Egypt, the Lower Mississippi Valley is among the richest archaeological regions on the continent. Home to thousands of earthen mounds, it contains both the oldest and the most elaborate monumental architecture in North America. Dr. Kassabaum explores the exceptional variability in the mounds themselves and the prehistoric cultures who constructed them. 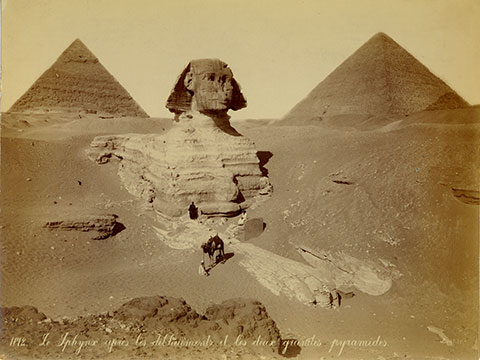 Great Wonders: The Great Sphinx and the Pyramids of Giza

Dr. David Silverman, Curator-in-Charge, Penn Museum, Egyptian Section, presents the opening lecture in the Great Wonders Lecture Series. The most recognized of the Seven Wonders of the Ancient World, Giza's pyramids and Sphinx have fascinated humankind for more than 5,500 years. At 240 feet long and almost 70 feet high, the Sphinx is Egypt's largest statue; at a height of 481 feet, the Great Pyramid was the world's tallest built structure for several thousand years. Many questions, debates, and theories focus on their purpose, age, origin, and creators. Did indigenous peoples, slaves, or ancient aliens build them? Did secret chambers lie within? Could pyramids magically preserve their contents? Did the elements in the solar system guide their placement on the Giza plateau?