Experience the moments in time that changed history with the Penn Museum's Great Battles lecture series. Lectures occured between October 2012 and June 2013. 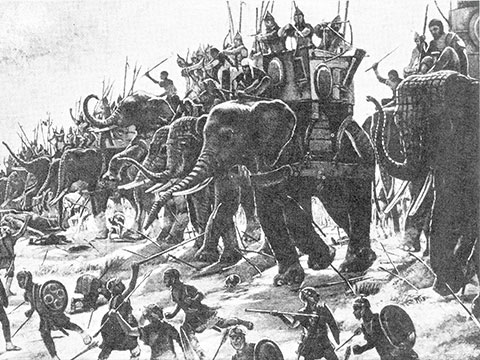 Dr. Patrick Hunt, Stanford University, speaks. Hannibal, a Carthaginian commander who lived ca. 200 BCE, is considered one of the greatest military commanders in history. His use of the environment in his warfare against Rome in the Second Punic War—often called the Hannibalic War—set precedents in military history, utilizing nature and weather conditions as weapons to complement his generally smaller forces. This strategic marshaling of nature could be described as a "second, secret army," as demonstrated in his battles at Trebbia, Trasimene, and Cannae. 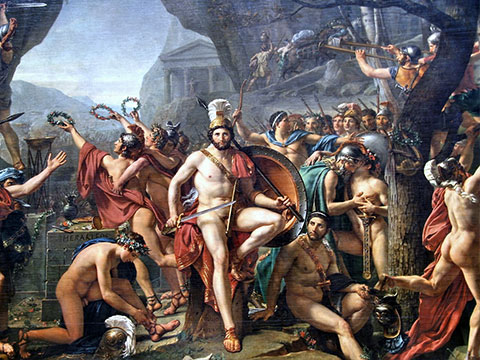 Dr. Jeremy McInerny, Professor of Classical Studies, examines the tactics and strategy of the Battle of Thermopylae (in present-day Greece) in 480 BCE. Why was the battle fought at this location and was it, as it is often portrayed, a turning point in the confrontation of East and West? This lecture puts the Battle of Thermopylae into the context of the Persian Wars, and examines the battle's significance for the Greeks as well as for Europeans in later periods, in art and poetry. 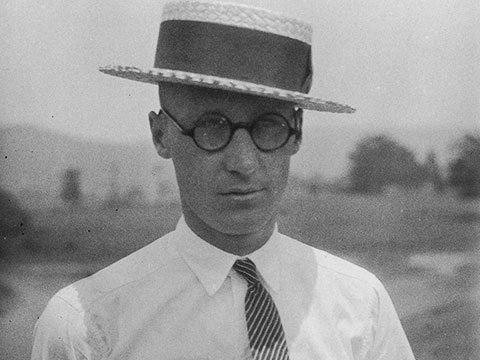 "Great Battles" Evening Lecture A Philadelphia International Festival of the Arts Event The Scopes Monkey Trial The Scopes Monkey Trial (The State of Tennessee v. John Thomas Scopes) was a landmark American legal case in 1925 in which a high school science teacher, John Scopes, was accused of violating Tennessee's Butler Act, which made it unlawful to teach evolution. Modernists, who said religion was consistent with evolution, were set against religious fundamentalists in a trial that helped to fuel the controversy regarding teaching evolution in public schools. Dr. Janet Monge, Associate Curator-in-Charge and Keeper of Collections, Physical Anthropology Section, discusses this groundbreaking case. 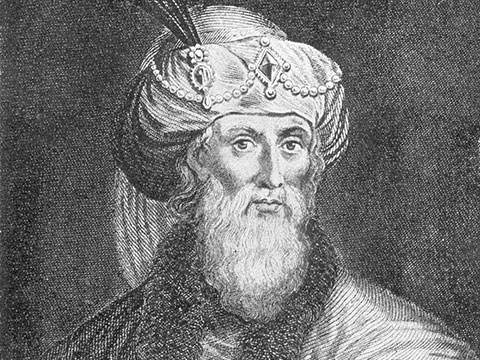 Great Battles: The Siege and Fall of Masada

"Great Battles" Evening Lecture The Siege and Fall of Masada In the 1st century BCE, King Herod the Great fortified the mountain of Masada, located near the southwest shore of the Dead Sea. Seventy years after Herod's death, Jewish rebels occupied Masada during the First Jewish Revolt against the Romans, holding out even after the fall of Jerusalem. In this illustrated lecture, Dr. Jodi Magness, Professor of Religious Studies, UNC Chapel Hill, examines the archaeological and literary evidence for the Roman siege of Masada, including information from the 1995 excavations that she co-directed. 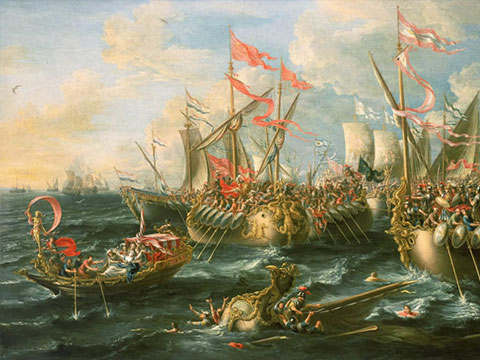 Great Battles: From Actium to an Asp, The Beginning of the End for Cleopatra the Great

In the years following the death of Julius Caesar in 44 BCE, internal Roman power struggles—combined with the increasingly negative response to Cleopatra VII and Marc Antony's romantic partnership—led to the deterioration of the relationship between Egypt and Rome. The conflict ultimately came to a head with the Battle of Actium in September of 31 BCE, in which the Egyptian forces were decimated at sea by the Romans—with Cleopatra and Marc Antony barely escaping with their lives. The aftermath of this battle set the course for the final desperate year of Cleopatra's life. Dr. Jennifer Wegner, Associate Curator, Egyptian Section, speaks at this "Great Battles: Moments in Time that Changed History" series lecture program. 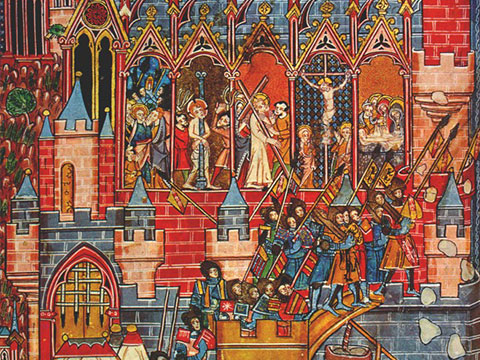 From 1096 to 1101, over 100,000 people from all over Western Europe set off towards Jerusalem. These men and women, these warriors and pilgrims, priests and nuns, lords and laborers, didn't have a name for what they were doing—no one would use the word Crusade to describe an armed pilgrimage, or holy military expedition, until more than another century had passed. Yet the battle that preceded their march, a battle along the way to Jerusalem, and still another after that city was conquered by a tiny remnant of the original force, combined to permanently reshape the nature (both spiritual and physical) of Catholic Europe. Dr. Jessica Goldberg, Assistant Professor, Medieval History, University of Pennsylvania, speaks at this "Great Battles: Moments in Time that Changed History" series lecture program. 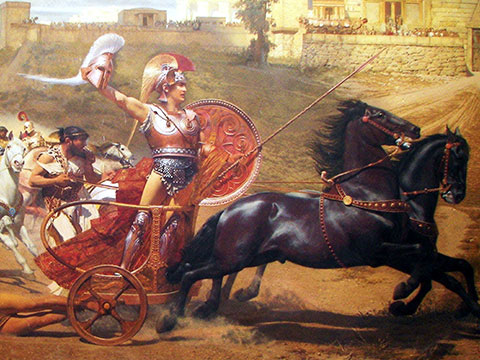 Great Battles: Was there a Trojan War? Recent Excavations at Troy

Was there a Trojan War? Assessing the Evidence from Recent Excavations at Troy In the course of the latest campaign of excavations at Troy, in northwestern Turkey, archaeologists have uncovered a wealth of evidence that enables us to situate the site within the political and military history of the late Bronze Age (14th/13th centuries BCE). Dr. C. Brian Rose, Curator, Mediterranean Section, Penn Museum, speaks at this "Great Battles: Moments in Time that Changed History" series lecture program. 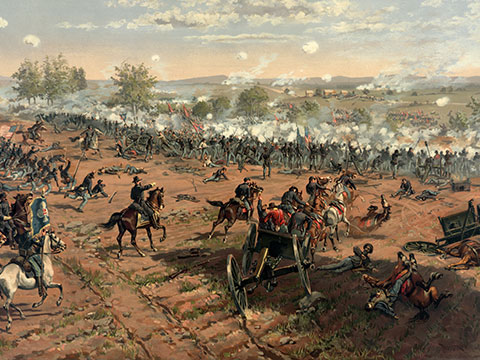 "Great Battles" Evening Lecture Gettysburg: History and Hype It is conventional to depict Gettysburg as a decisive Union victory, the turning point in our Civil War. But that conflict dragged on for nearly two years after Gettysburg, and the fierce resistance mounted by Confederate armies in Virginia and Georgia in the spring and summer of 1864 almost caused a war-weary Northern public to lose its will to continue fighting and turn Abraham Lincoln out of the White House. This lecture compares this battle with other truly decisive Union victories, and considers our distorted view of what the Civil War was really like—which blinds us to the kind of nation that the war produced. Dr. Gregory J.W. Urwin, Department of History, Temple University, speaks at this "Great Battles: Moments in Time that Changed History" series lecture program. 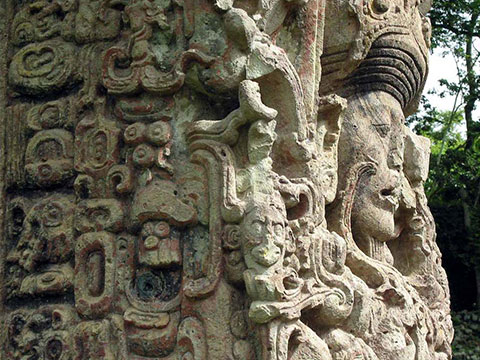 Part of our Great Battles: Moments in Time that Changed History Lecture Series Honduran archaeologist Ricardo Agurcia Fasquelle, Executive Director of the Copan Association, presents this inaugural lecture in the Great Battles Series. Until recently scholars depicted the ancient Maya as a peaceful civilization devoid of warfare. This somewhat romantic notion has been overturned by evidence of a starker reality: during the Classic period (ca. 250--900 CE) an array of Maya kingdoms were engaged in a series of major wars that ravaged the heart of the Maya homeland. For much of this era the major kingdom of Copan appears to have escaped these conflicts. Everything changed in 738 CE, however, when Copan was dramatically defeated by its far smaller vassal, Quirigua. October 3rd, 2012