Abydos and the Penn Museum 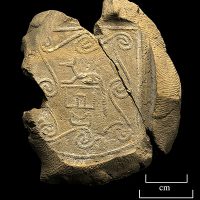 Abydos in southern Egypt is one of the great sites of ancient Egyptian civilization. At the dawn of Egyptian history, ca. 3000–2800 BCE, Abydos was the burial place of Egypt’s first pharaohs. Subsequently the site became the primary cult center for veneration of Osiris, god of the netherworld. The archaeology of Abydos spans over five […] 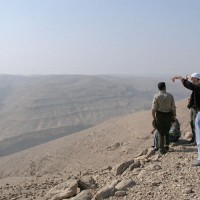 Africa's Gateway to the World

By: Harold L. Dibble and Shannon P. McPherron and Deborah I. Olszewski and Jennifer R. Smith and Utsav Schurmans and Laurent Chiotti

The Dig House at Abydos

During the latter part of ancient Egypt’s Middle Kingdom in the 18th century BCE, a royal edict forbade the placement of structures within a sacred zone at the Upper (Southern) Egyptian site of Abydos. As translated by Anthony Leahy: My Majesty (life, prosperity, health) decrees the protection of the holy land south of Abydos for […]

The Archaeology of South Abydos 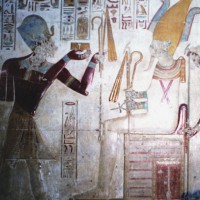 Some 3,850 years ago a remarkable experiment in architectural and social engineering took place on the edge of the desert in southern Egypt. The sacred site of Abydos—the burial place of Egypt’s first pharaohs and a religious center for the god Osiris—saw the construction of a royal mortuary complex named Enduring-Are-the-Places-of-Khakaure-True-of-Voice-in-Abydos (in Egyptian: Wah-Sut-Khakaure-maa-kheru-em-Abdju). Dedicated […]

Abydos And The Cult Of Osiris 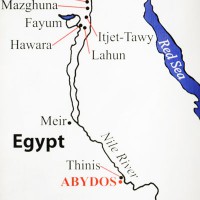 Ancient Abydos (Abdju) played a lengthy and important role in the development of Egyptian civilization. Located 500 km south of Cairo, it sits on the desert’s edge, 15 km west of the Nile. During the Predynastic period (before ca. 3000 BCE) Abydos served as the cemetery site for a series of regional rulers whose capital, […]

In the winter of 2002, I had the opportunity to journey with Dr. Harold Dibble, Dr. Deborah Olszewski, and Dr. Shannon McPher­ron to the high desert near historic Abydos, Egypt, on a pioneering field research session to locate and analyze Paleolithic sites. As the plane approached Cairo, it was clear that I was about to […]

A Hundred Years at South Abydos

Discovery and Rediscovery of a Royal Mortuary Temple Late in 1899 a young British archaeologist, David Randall-Maclver, was exploring the desert at Abydos in southern Egypt and he noticed a block of dressed limestone protruding from the sand. Randall-Maclver had come to Egypt to study skeletal remains with the famous excavator W.M. Flinders Petrie. Randall-Maclver […] 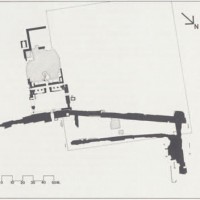 The provincial centers of ancient Egypt were vital elements in its political, eco­nomic and religious systems and their re­mains reflect the continually changing pattern of the interaction of national and local influences. One component of these remains—the cemeteries generated by such centers—is in middle and southern Egypt, usually accessible and relatively well pre­served (being on […]

Abydos and the University Museum

After its formation in 1887 the University Museum rapidly developed its role in the ex­ploration of extinct and living cultures in many parts of the world, to the extent that it is now one of the leading institutions engaged in his­torical, anthropological and archaeological re­search. Now, at this crucial point in the Museum’s history when […] 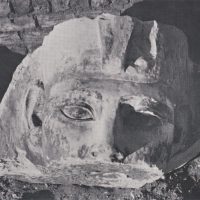 A Preliminary Report of the Pennsylvania-Yale Expedition, 1967