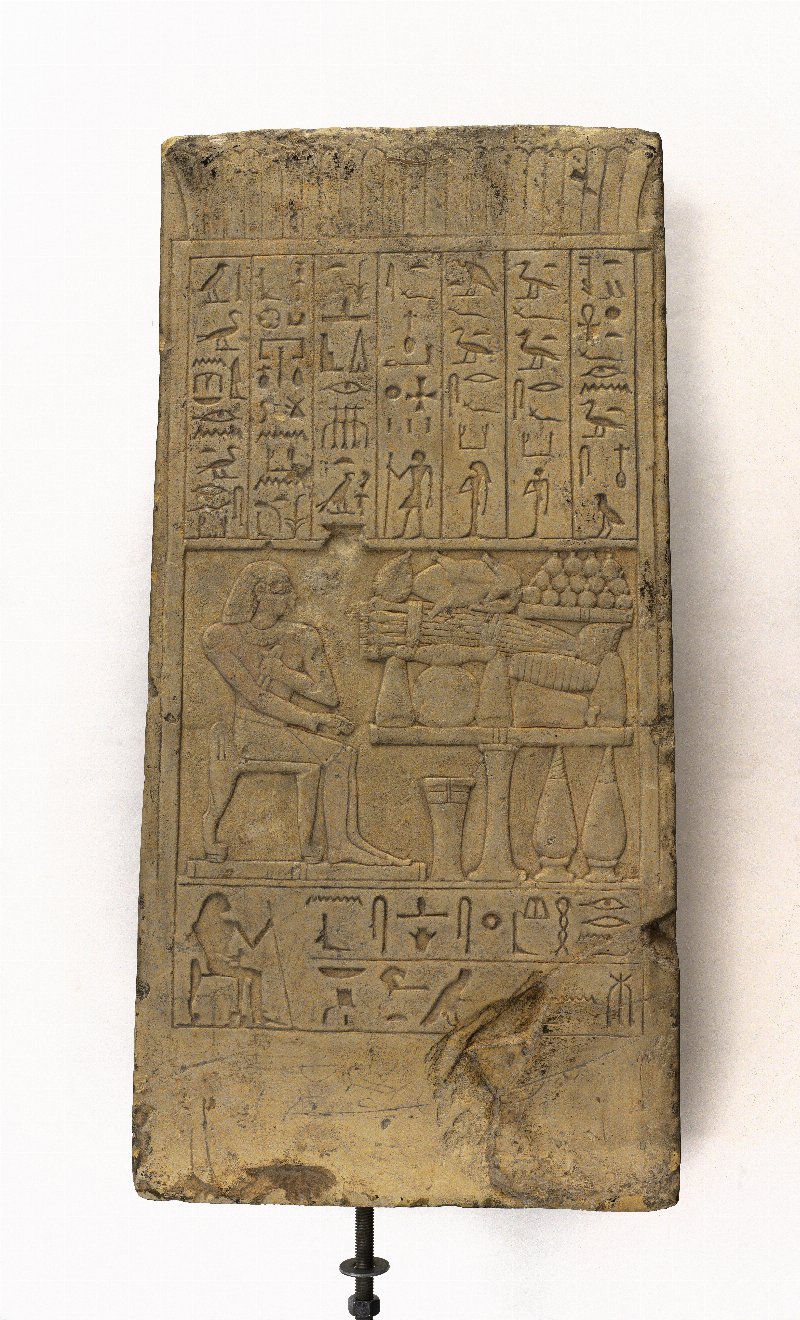 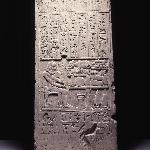 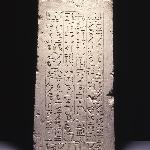 Four sided stela of the purification priest Sasopedu-iienhab. This is an unusual free standing stela with a flat top. All four sides and the top are inscribed and traces of grafitti and paint remain. The figures named on the stela are the priest, his mother Serefka, his father Neferakhu and their daughter Satserefka The name of the sculptor, Ankhtyfy son of Satsenneferu is also given. There is the lector priest Sehetepibresoneb son of Horemhet who commissioned the monument. Traces of paint. 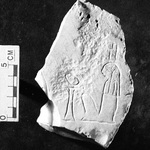 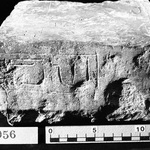 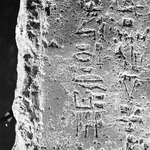 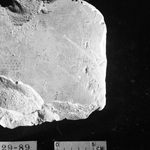 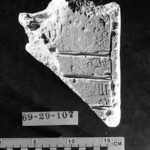 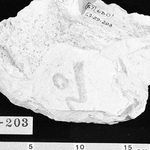 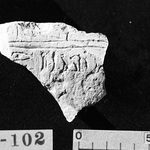