For more than 4,000 years, the Eastern Mediterranean has been a crossroads of cultural exchange between diverse peoples. Merchants, migrants, and soldiers met there to raise monuments to kings and gods, sail ships across the vast Mediterranean Sea, and share ideas in unexpected ways.

Today, the region includes Israel, the Palestinian Territories, Jordan, Syria, Lebanon, and Cyprus. The new gallery highlights the great creativity of the region’s distinctive material culture, shaped by both conflict and collaboration. Concepts that emerged in the Eastern Mediterranean gave rise to major religions around the world and the alphabet we use today. 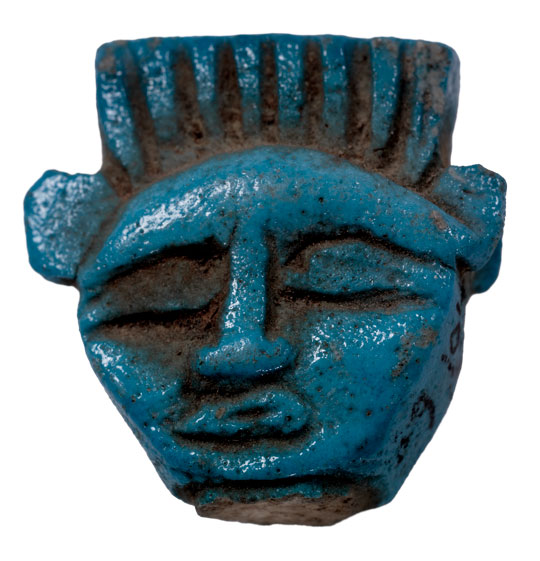 Canaanites at an Egyptian mine used an early alphabet to write dedications to the goddess Hathor—the same goddess shown on this amulet from Beth Shean. Hathor Amulet, Faience, 1200–1075 BCE, Beth Shean, Israel, 29-104-154

Life in the Eastern Mediterranean began to change as people combined their knowledge and traditions. Merchants and empires spread a new form of writing, and communities developed new religious beliefs and practices. 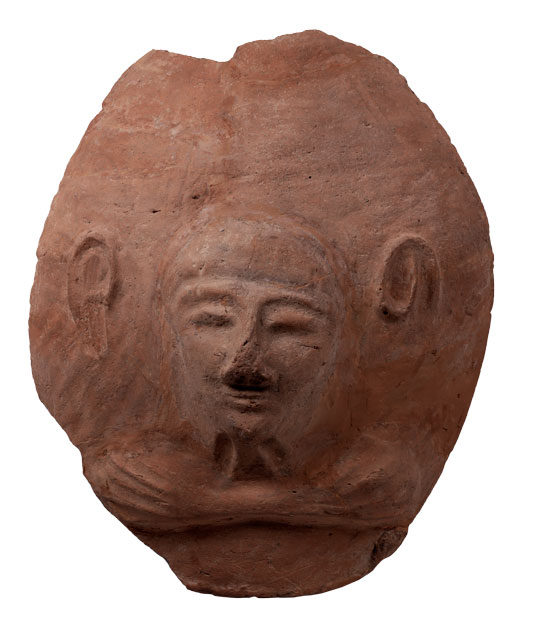 The Eastern Mediterranean lies on the outskirts of empires, and has consequently been drawn into them. Local leaders sometimes served faraway kings; at other times, they ruled autonomously. As the region changed hands, the people who lived there both adapted to and resisted new customs and rules of law. 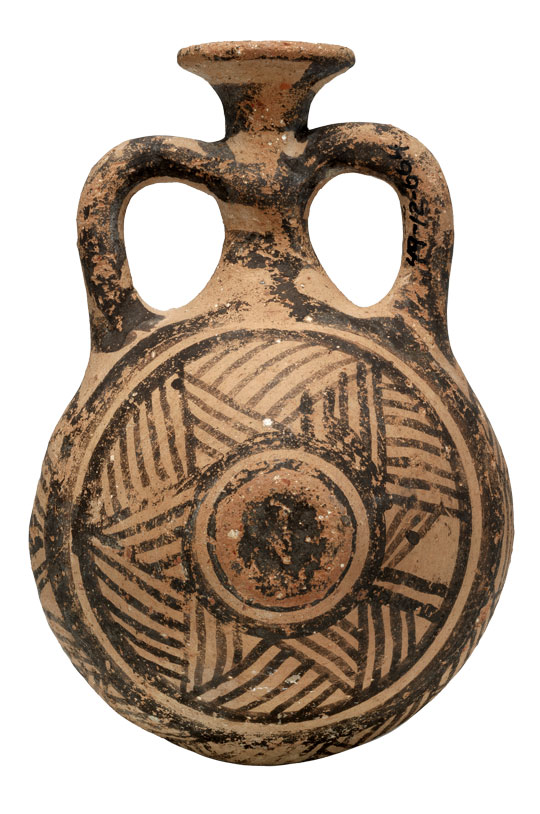 Potters got creative when making these hybrid vessels. This ceramic flask from Cyprus merges the round-bottomed shape of a traditional flask with a pyxis (container) and lid. Flask, Ceramic, Pigment, 1050–850 BCE, Cyprus, 49-12-664

People from around the Mediterranean met and traded goods in cities from Carthage to Palmyra. As they worked and lived together, their traditions and ideas mixed, and they began to express their identities in new, creative ways.

Marshland of Cities: Lagash and its Neighbors ca. 2500 BCE

The Eastern Mediterranean Gallery is made possible by the lead support of The Giorgi Family Foundation, and by additional generous support from the Frederick J. Manning, W69, family; J. Barton Riley, W70, and Gretchen P. Riley, CGS70; the David Berg Foundation; the McLean Contributionship; and Elizabeth R. McLean.

The Eastern Mediterranean Gallery has also been made possible in part by a major grant from the National Endowment for the Humanities: Democracy demands wisdom.